The Wild Unknown: My All Time Favourite Deck 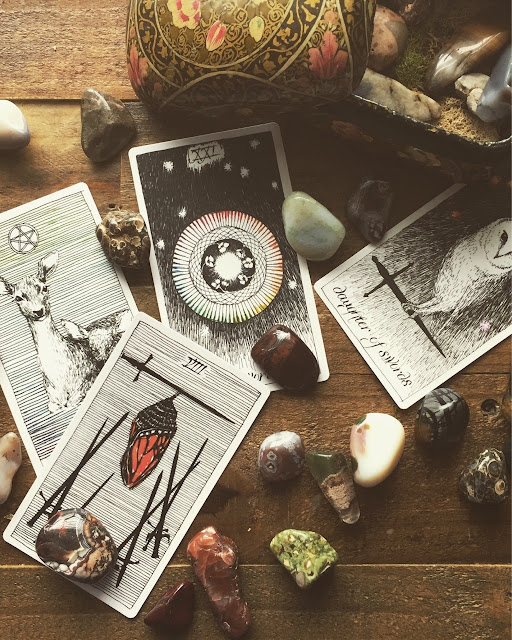 The first time I saw this tarot deck was on Tumblr and I never really thought that I could get it here in Malaysia until I tried my luck on Kinokuniya. I was so excited when I arrived I didn't know what to do with myself. hahaha
It took me a while until I finally decided to whip them out for a reading because the cards were so beautiful and I didn't want anything to happen to them. Now that I've had this deck for more than a year and have done countless readings with it, travelled with it, and taken lots of pictures of the deck, I am finally ready to write my review.

Note: My posts contain affiliate links that give me a small commission when you click them at no extra expense to you. They will just redirect you to the product pages :) 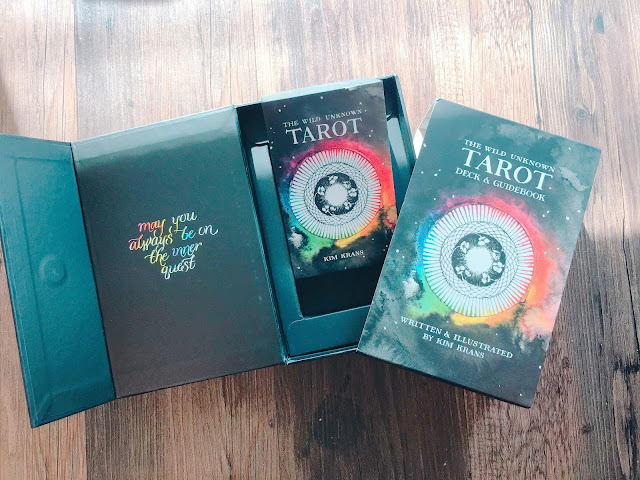 This is what the deck looked like right out of my package. It came with a beautifully made box that was matte and felt really good under my fingers. I couldn't stop running my hands over the box but I eventually stopped cause I was scared of leaving fingerprints. I even washed my hands before I handled the cards. 😂😂😂 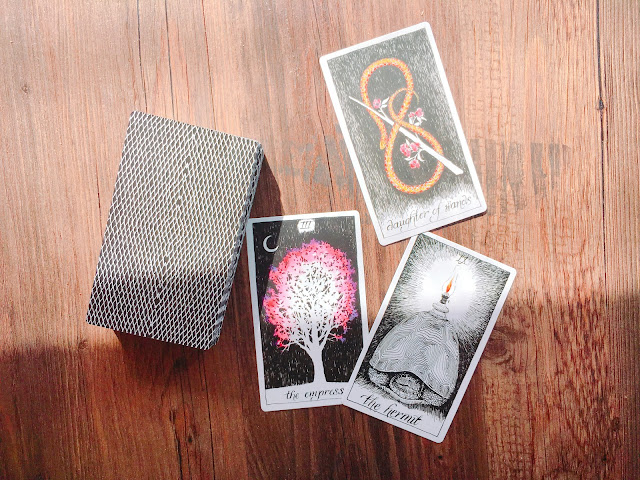 The art on the Wild Unknown tarot deck was inspired by nature, which is why you will a lot of flora and fauna elements included in both the Major and Minor Arcana. The backs of the cards have this kind of snakeskin-like pattern on them so it's hard to tell which cards are upright or not when they're face down in a reading. I tend to eye decks that have indicators like the Llewellyn tarot deck and consciously try to prevent any reversed cards from appearing in my reading. If you're like me, this deck will definitely prevent you from doing that.

The cards are made of thick cardstock so if you like to riffle and shuffle your cards, it might be a little difficult. Plus, why would you even want to riffle shuffle this deck is beyond me.

One thing I don't like about the deck is some of the imperfections you can see on the card backs. It was brand new but I think some of the cards stuck together and got damaged when I tried to take them apart. Thankfully, I have a horrible memory so I don't remember which cards have the imperfections.

I definitely want to list down all the cards in a gallery but then this post would be too long. haha
Instead, I'm going to just show you some of my favourite cards in the Major Arcana and the face cards (Page, Knight, Queen, and King cards) in each of the suits. 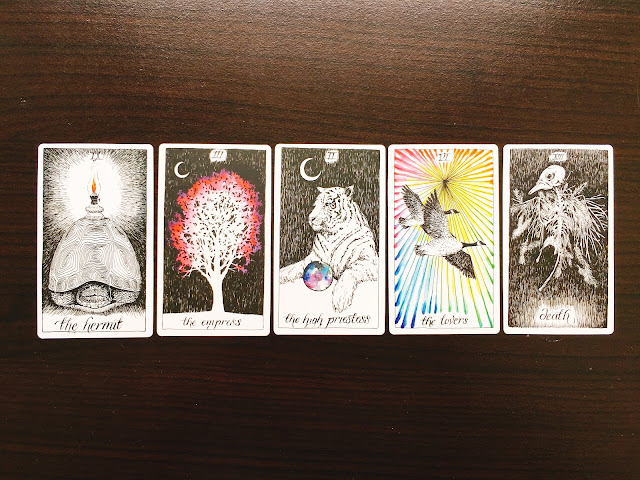 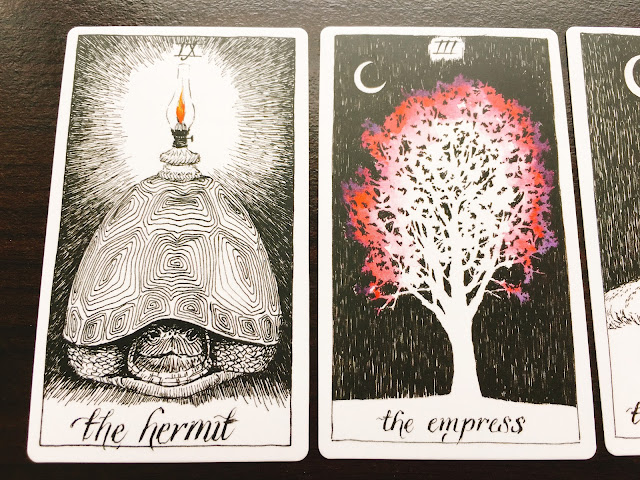 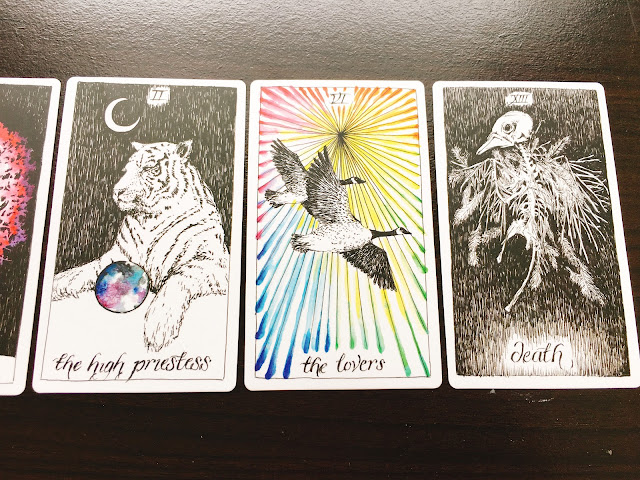 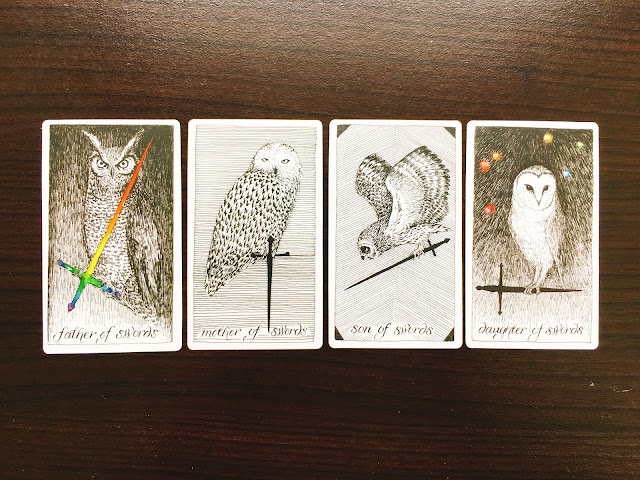 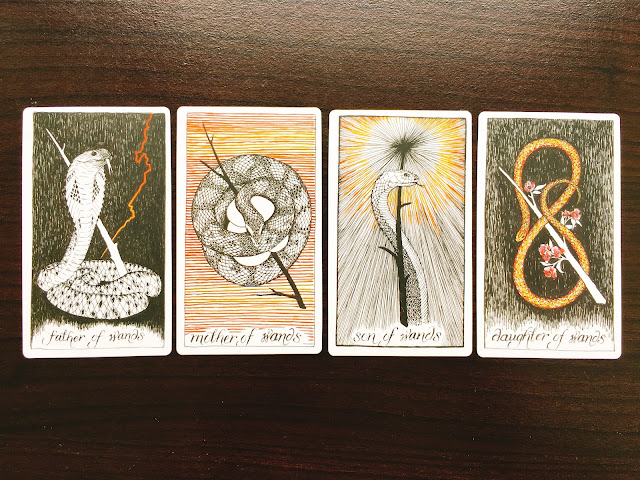 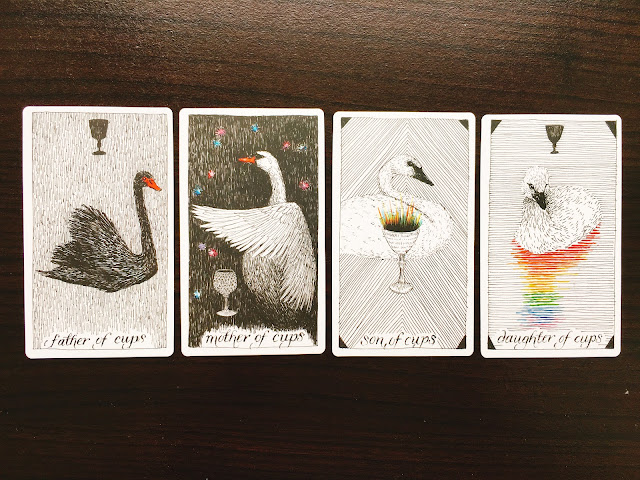 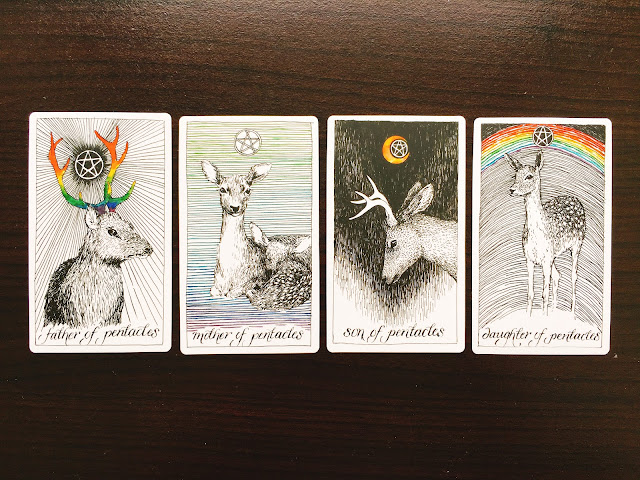 As a bonus, here are the Ace cards from each suit.
Aren't they just beautiful? ❤ 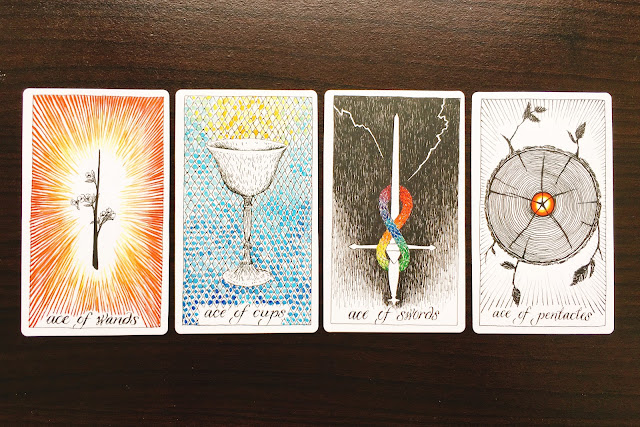 The price of these cards varies depending on the website but I got them from Kinokuniya for RM198.35 (Yes, I know... What the heck right?). However, I now know better and you can get them on the websites listed below for much less!

Book Depository
(recommended)
Amazon
(if you're in the US) 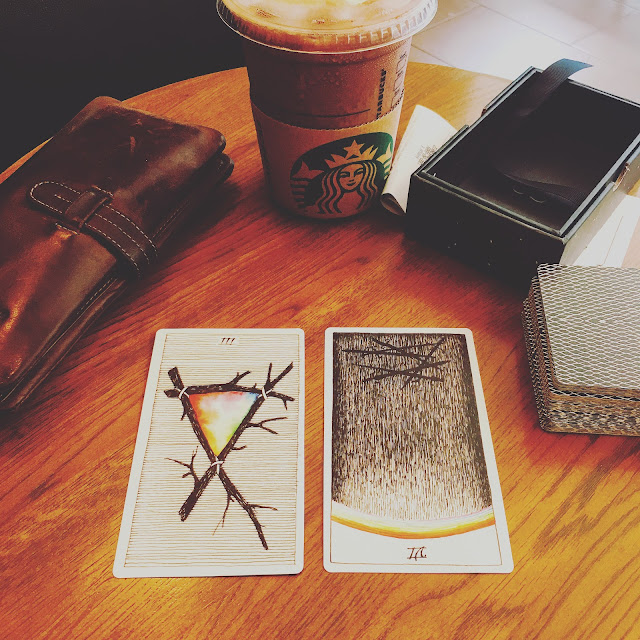 Doing readings with this deck is so much fun. Especially when I get a card that I've never seen before in a reading. Plus, they're so beautiful that I can't help just taking pictures whenever I pull some cards. The overall energy of the card is one of a very reassuring friend that's honest but nice about it. I've done many great readings for friends with this deck. In fact, it has become my go-to deck for readings. I highly recommend this deck if you're looking for a gorgeous and well-made deck.
It's definitely worth the money! ❤