How I Saved a Rabbit from My Crazy Housemate 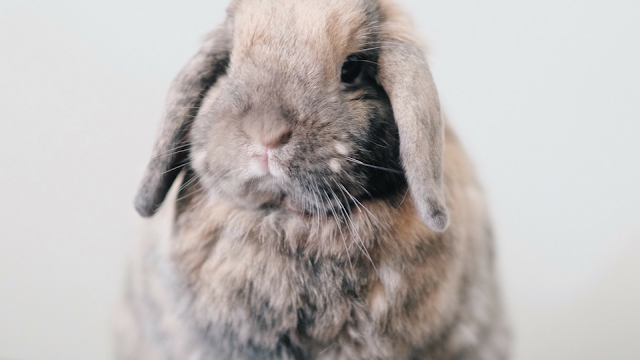 As I'm sitting here writing this, I'm contemplating the possibility that this crazy housemate will come across my blog, read about all the shit I'm going say, seek me out and kill me. On the other hand, I'm pretty sure I did the right thing, so fuck that. Come and get me!

(Warning: Mass of text ahead)

So this was when I was still in university. I believe it was my second year and I had moved out of the hostel and decided to rent a place with a couple of people that I met during the orientation. What could go wrong right?

I don't remember exactly when she brought it home. I just remember coming back from class and seeing her with the little thing in the living room. Naturally, I was excited. It was nice to have a pet in the house, even if it wasn't my own.  Plus, it was a baby rabbit hopping around being all excited. How could I possibly be mad about it?

The first couple of days was fine. Everything was going smoothly. She cleaned up after the bunny and fed it regularly with fresh apples and was letting it roam around our living room. In fact, it wouldn't be weird to find the rabbit just chilling on the couch in our living room whenever I got back from class. It was adorable. She was adorable. 💗

All was well until one day, I came home to find the little bun bun kicking around a red apple bigger than it's head. It was still a baby and definitely couldn't bite into that thing all by itself. Instead, it thought it was a toy and just kicked it around like a football. This also made me realise that my housemate just handed her rabbit an uncut apple and left the house for the whole day with no water.

I talked to her about it and she prepared a water and food bowl that were actually empty takeout containers. Oh, well. It will do. At least the bunny had water and cut fruit that it could actually bite into.

Then, I came home again. It was sometime in the evening. My housemate was sitting in the living room with her laptop and her bunny which seemed to be sitting next to a pot of strange red liquid. I stopped in my tracks. I tried to smell the air thinking it was tomato juice but I smelled nothing. The liquid was also too pinkish to be tomato juice. So I stopped and looked at her.

"That..." I gestured towards the pot of unidentified goop.

I blinked at her not sure if my ears had failed me or maybe she was speaking a foreign language that I didn't understand. After all, she was a foreigner. But no, it was English and I did hear what I heard.

She saw my confusion and continued. "Yeah, it's for the rabbit."

"What?" I was able to squeak, the disbelief in my voice apparent. "You're joking..."

"No. I boiled some watermelon for her."

This time she looked at me confused and I shit you not, she replied me with a straight face.
"I don't know."

I looked at my housemate then at the pot of boiled watermelon then at the little bunny licking the weird coagulating concoction from the side of the pot and I knew. I knew that this rabbit was going to die if I didn't do something.

On my next free day, I headed to Sunway Pyramid to get that rabbit some actual rabbit food and some hay for it to chew on. I didn't tell my housemate about it, nor did I seek compensation for it. I just knew this rabbit was going to suffer if it continued to live on just apples and boiled watermelon juice. Besides, I already felt like it was my pet too.

So I came home with my bags of rabbit feed and hay expecting to see the rabbit welcoming me home at the door. But no rabbit. I panic but I noticed the balcony door, which we usually leave open, was shut closed and on the other side, was a hungry little bunny pawing and licking the glass door. 💔

The balcony was quite small but for a tiny rabbit, it was okay I suppose? My housemate had left a small cardboard box on one end to serve as a makeshift home for the bunny. It was too small for it to comfortably stretch itself out so it usually lay down behind the box by the wall.

Her little bowls of food and water were still there but the water was dirty and her food bowl was filled with this odd brown substance. I wanted to feed the bunny so I picked it up and took a closer look at whatever it was. That's when I smelled it and I just wanted to knock on her door at that moment and give her a piece of my mind. I got so angry.

That brown mound of grossness in that bunny's food bowl was sliced lemons and by the looks of them, they had been left in the bowl in this Malaysian heat long enough to oxidise and attract a bunch of little fruit flies. They weren't even cut into wedges!

Has she never watched Animal Planet? Or cartoons? I mean, just look at Bugs Bunny! He's always chewing on a freaking carrot!

To this day I don't know what was going through her mind or what kind of website she was scrolling through (if she did research at all) to think that rabbits eat lemons.

Among the things my housemate thought appropriate to feed her little bun:

Admittedly, I wasn't sure if my animal knowledge was accurate. I mean, who knows right? What if my housemate did some research and found something out that I didn't know? And so I googled, "Can I feed my pet rabbit lemons?" and here is the first thing came up. ffs

Guys, before you get a pet or have someone else get one for you, please do some basic research. There is literally a plethora of knowledge right at your fingertips. All you have to do is type your question in the freaking search box.

It really isn't that hard.

I did tell my housemate about this and her response was "Oh, really?"
😒 😒 😒

Fast forward a few weeks, it was nearing the end of the semester. Soon I would have to head back to Sabah for my semester break, which meant I had to leave this rabbit alone with my crazy housemate for a whole month and a half.

I was not going to let that happen.

That rabbit was going to die if I did.

This was when I approached an animal lover friend of mine for help (shout out to you Natalie you beautiful human being!). I had to find a new and loving home for this bunny before I left and with Nat's help, I did!

Now, I must admit I told my housemate nothing of my plans. At that point in time, she was rarely ever home. She would disappear for days at a time, which meant I had to keep her rabbit fed and alive for her while she was running around with her new boyfriend.

On the day I had to hand the bun over to her new owners, I literally wrapped it in a small towel so she wouldn't jump out of my arms when I put her in a paper bag (those big sturdy ones they give you when you go shopping) so the guards wouldn't see I had a rabbit with me. It was all very secret agent-y but totally worth it.

She wouldn't even realise the rabbit was missing until days later when she texts me about it. By then, I was already enjoying my semester break in Sabah.

I believe that this was all meant to be.

After she contacted me about her rabbit and after feigning ignorance about it, she contacted me again a day later saying that she asked the security guards about it. They claimed that they "found" the rabbit on the ground floor. Supposedly it committed suicide by jumping off the balcony.
😂😂😂

You know what was funnier?

She bought the whole story! I was off the hook and totally guilt-free. The rabbit was living a better life running around in her new backyard and my housemate can go on living without wanting to kill me!

I honestly wish I still had pictures of the rabbit with me. I'm sure they're still somewhere in the cloud but I just don't know where. I'll definitely upload the pics here if I ever find them.

As for my housemate, I haven't spoken to her since we moved out of that shared apartment. I don't know where she is or how she's doing. I hope she's not torturing another helpless animal with her weird diets.

Unfortunately, this is not the last of the horror stories.
*

Edit: Here are a couple of pics of the rabbit! Thanks, Natalie! ❤
Please excuse the quality of the pics hahahaha

Have you had any crazy housemates or roommates? I'd love to hear about them. Maybe then my housemate wouldn't seem so crazy. 😅

If you're a first-time rabbit owner, here are some useful articles for you:

➤ What Do I Need to Know Before Getting a Pet Rabbit

➤ The Basics: Caring For Your Pet Rabbit

➤ Rabbit Diet Myths - What to Feed Your Rabbit