How to Confuse your West Malaysian Friends 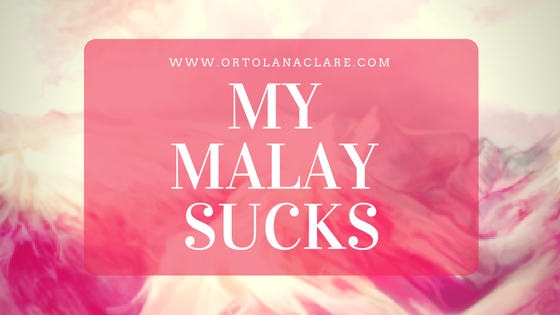 I swear I am Malaysian and can speak Malay.

So I was having lunch with my friends and we got to talking about the Korean lady who ripped out her hair while she was trying to eat corn that was attached to a drill. If you haven't watched that video, here is a gif for you. You're welcome.

If you didn't flinch watching that then you have nerves of steel and I salute you.

Anyway, I'm a Sabahan. Even so, I don't sound as Sabahan other Sabahans I know. In fact, I believe my Sabahan dialect (??) is a more washed out version than most. Heck, I can't even speak regular Malay right without asking my friends what the meaning of a word is. Seriously though, I am Malaysian, I grew up here and I can speak Malay.... Just not very well. 😅

So, I was telling the story of how I gave myself a bald patch with a razor and how I hid it with a "sangkam".

Which led to a convo about how Semenanjung people didn't know what was pistak.

For those of you who don't know what "pistak" means it means underwear and "santut" is another word for pistak. I basically just used a Sabahan word to explain another Sabahan word to non-Sabahana. Go me... 😓

Another instance was when I was commenting on a picture they tagged me in on Instagram. I didn't like how the picture turned out so-


Then there are a few times where they're either too lazy to ask me what I just said or the conversation is going to fast. So I assume they understand what I'm talking about. 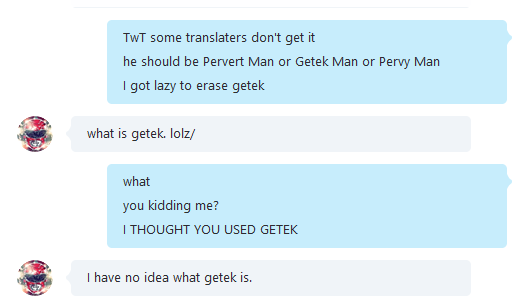 Saiful and I have had a whole conversation about Getek (a brand). I was even laughing about it and he laughed with me so I thought West Malaysians used the word too and understood why it was so funny to me.

WELL, apparently he doesn't even understand the word. 😓

At which point Saiful tells me to ask Ida, which I do and she just looks at me with a straight face and goes, "Ape tu?" 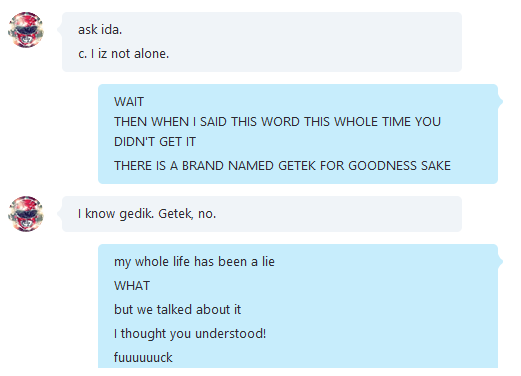 There are also other times where my brain just directly translates everything into Malay. Most of the time it doesn't make sense in Malay or it sounds weird but my friends are patient with me. Until something like this happens....

Ida and I were discussing something. She was helping me with some HTML and Css stuff for my blog and I remembered that she taught it to me before.

To me "kitorang" means us or we. Apparently, it's something like kita and kami, which I always use wrongly by the way. hahahaha

There are many other instances of course. I can't help it if I suck so bad at Malay. Though it is fun to confuse my friends once in a while. 😝 So if you ever speak Malay to me and I sound weird, you're allowed to laugh.