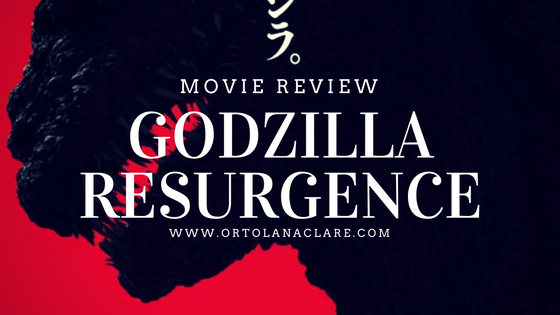 I know this movie has been out for a while, but I've been putting off watching it.

I also haven't been able to find a place to watch it online until recently. So, for those of you who want to watch the movie before reading this review,

For those of you who don't mind spoilers, continue reading. 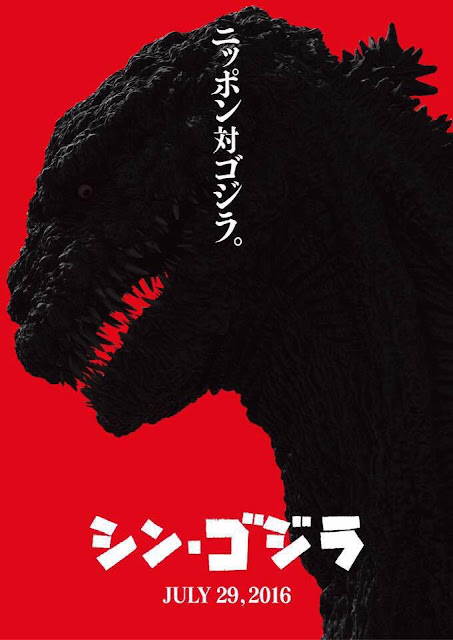 The original movie was out in July this year and I wrote a little preview about the trailer, you can read it here but I will put the trailers here anyway.

Basically the movie in a nutshell.
Put in some humans shooting guns and doing sciency stuff and you've got the whole Godzilla movie.

In all seriousness however, while the movie can be summarized in that comic above, I believe it wouldn't be fair to the script writers. There's a lot more to the movie than meets the eye.
*
What I Liked About the Movie

A Godzilla movie is not complete without Godzilla. So I am absolutely thrilled to be able to watch a movie that has my favourite kaiju up and about in daylight. I can finally see his majestic CGI form in 1080p without having to turn up the brightness on my laptop or turning off the lights in my room.

Now, lets take a look at this version of Godzilla and bask in it's glory. Yes, I am a Godzilla fangirl and I will not apologize for it.

Godzilla's second form is absolutely horrifying. In fact, I got a little angry when I saw it because it's definitely not the Godzilla that I know and love. But then I saw his stubby little chicken wings front legs and was like, "Omg, this is cute."

Godzilla's fourth form is when things get serious. Look at this badass ready to take down Tokyo.

I also love how they made his tail ridiculously long and how it moves like it has a mind of its own. It looks exactly like the earlier versions of Godzilla.

Moving on to the human cast!
One of my favourites would definitely be this woman, Hiromi Ogashira (Mikako Ichikawa) who is the Deputy Director of Nature Conservation Bureau. She may look and sound like a crazy person but she's the only one who knew what she was talking about when Godzilla first surface off Tokyo Bay.

Another favourite of mine would be the Prime Minister of Japan, Seiji Okochi (Ren Ohsugi). While his character only survives the first half of the movie, he does offer a bit of comic relief. You can't rely on the English subtitles to translate the Japanese humor, which is why I'm extremely grateful I can understand Japanese.
His funny scenes are one of the reasons why I like his character.

And that's it. The main human characters in the movie, Rando Yaguchi (Hiroki Hasegawa) and Kayoko Ann Patterson (Satomi Ishihara) didn't really speak out to me. I might be a little too critical about Ishihara's acting (her English is horrendous), which is why I didn't really like her). But she's pretty..... So I guess that's nice.... 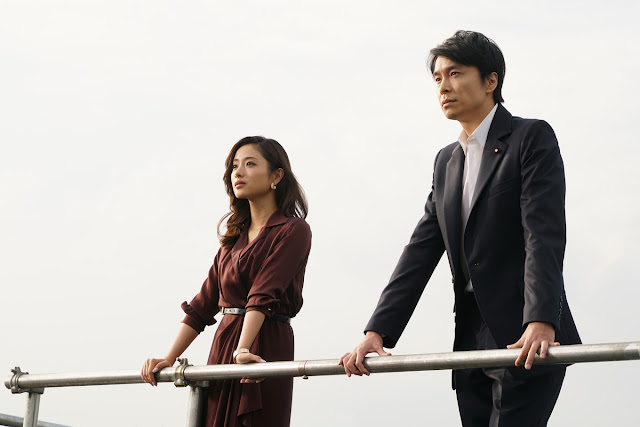 Another thing I liked from this Godzilla movie was the soundtrack. It is very classic Godzilla-esque and I enjoyed it very much!
*
What I Didn't Like About the Movie

Not enough Godzilla and baby Godzilla. I just want to see more Godzilla okay.
While some people might not be happy with the appearance of baby Godzilla, this Godzilla came to creation differently from all the other Godzilla before it. The first Godzilla was created because we were experimenting with nuclear bombs over the sea, which cause some sea/coastal dwelling animals to mutate. This Godzilla mutated because it started eating radioactive waste.
Even if baby Godzilla looks creepy, he's too kawaii too ignore.

Again, I might be a little too critical about her character but an American-born Japanese person who has a dream of becoming President in her 40s? Really? She can't even speak English without slurring her words. She is better than most Japanese I can give her that but she could use a little more practice. I do give her props for being a headstrong female with big dreams.
*
Would I watch it again?

I've already watched this movie 5 times front to back but I love Godzilla and I love kaiju.
If you're not a giant monster fan then you might not want to watch it again but Japan has managed to bring back the feel of classic Godzilla movies with a good storyline, good cast and amazing CGI.
I have no complaints.