5 Things You Shouldn't Do When You're Drinking 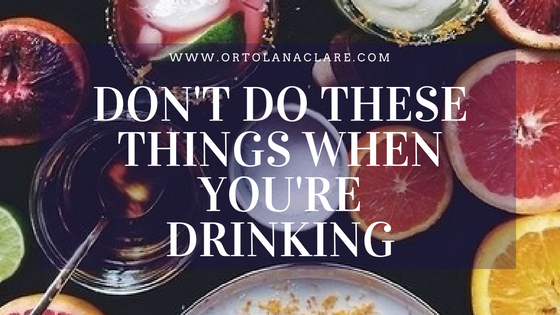 A brief lesson I had to learn this year which I am compiling in a simple and easy to understand manner for my future references. Keep in mind I am writing this intoxicated and in bed. It's 3 am and I should be asleep.


Who knew alcohol could keep you awake?

It's Christmas. Or at least it is when I am writing this. It is the 2nd day of my holiday and I will admit I have had more than my fair share of drinks. Although the amount I've drank is still less than what I had downed the day before.

Now, I rarely get drunk. The only times I have actually gotten "omg-why-did-I-wake-up-asleep-in-a-toilet" drunk was during my 20th birthday and earlier this year with a friend of mine. I can handle my liquor. I've been trained by the best (haha trained) and any sort of challenging statement made to my drinking abilities is a direct insult to me and I will fight you (or at least drink you under the table).

As any drinker should know, there is this threshold between "I'm still sober" and "I can't stand but I need to pee" where everything just starts sounding like a good idea. I wouldn't call it tipsy cause people still make sense and you can still walk a straight line.

It's at this dangerous threshold where I warn everyone not to do these stupid things.

They might not apply to you but the knowledge and advice are still good. If it does apply to you, I hope your brain is functioning enough to remember all of it.

1. Don't drunk text anyone
This first reason is definitely the reason why I'm even writing this post in the first place. Usually, I don't drunk text. I swear. I don't. It's only when I'm drunk and bored that I look at my phone and think it's a good idea to bother a bunch of people I haven't seen or talked to in a while.

Fortunately, my drunk texts are indecipherable so there's no real dirt anyone can gather on me unless you can read gibberish. If you drunk text and drunk text coherently, well, I hope you don't say anything stupid or more stupid than usual.

If you really need a reason not to.

Exhibit A: Me.
These are my drunk texts to my group of friends over Christmas. 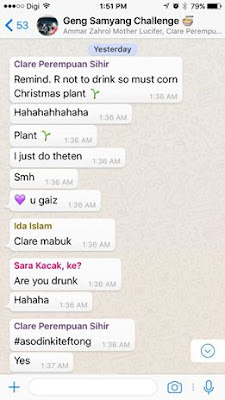 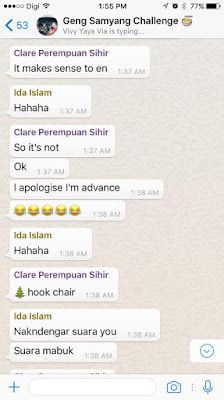 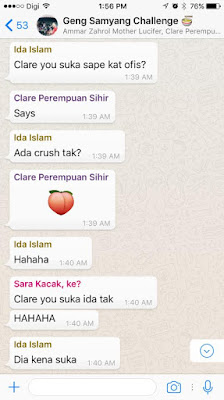 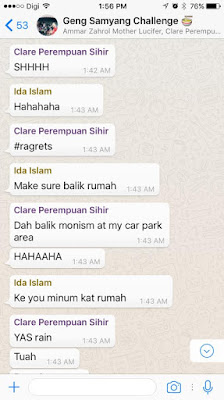 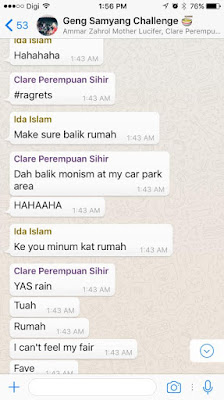 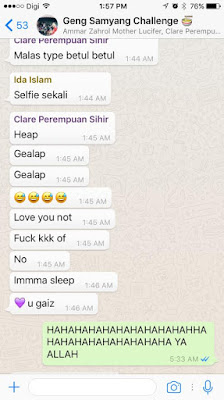 I did not screenshot these myself. In fact, I was drunk dumb enough to think my friends would keep this among themselves but no. These screenshots were posted on Facebook and I have never been more disappointed in a person.

But at least it's a good laugh and I didn't directly insult anyone.

And if you're wondering or can't tell from the coded text messages, I am "Clare Perempuan Sihir" or "Clare the Witch". haha 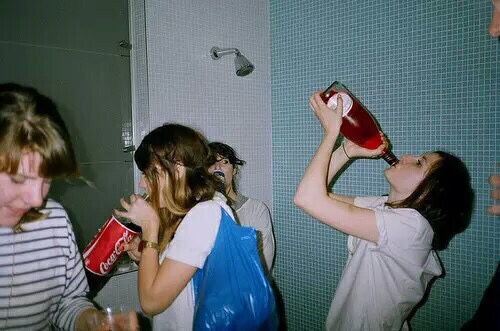 2. Don't talk about your problems/personal stuff
This should be common sense. Especially if you're not drinking with your friends. Heck, even friends can oust you.

Also, if you're a crier then not doing this will save you from a lot of awkward exchanges the next day.

3. Don't go on social media
If you have been drinking enough to have feel your head swaying while walking to the toilet, you're also intoxicated enough to do stupid things. Even if you convince yourself you're still walking straight.

Your inhibitions are lowered at this point. Even patient people might feel the need to leave a snarky comment on the first Facebook post you see. It'll be worse for those of you who have no filter to begin with. Don't post shit you will regret later or can't delete later.

Even then, nothing stays deleted on the Internet. 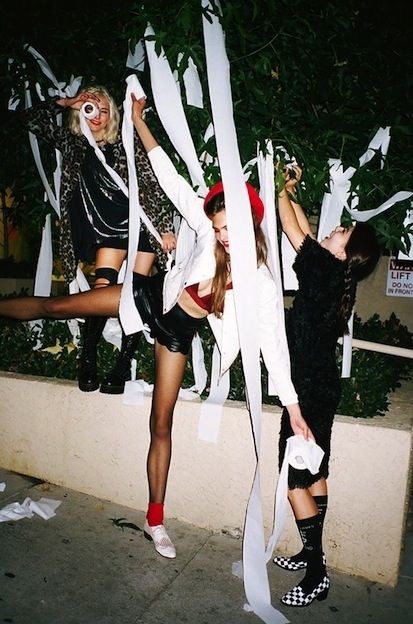 4. Don't take bets and dares
Do not jump over your house gate just cause you lost your keys. Do not down 5 shots Tequila for 5 bucks. Do not walk up to that pretty girl at the bar who is obviously with somebody.

Having a responsible and sober friend is paramount to getting your trouble-making butt in line.
If you don't have said friend, then.... Good luck.

5. Don't talk about yourself. Period.
It's significantly more fun to listen to the ridiculous exploits of the people around you. If you're a bad storyteller drinks might make it worse (or better). Your bad or unrelated attempts to share a relatable story might just make the table awkward and leave you wishing you had more whiskey to gulp down.

I get talkative. Not extremely, but quite talkative when I'm significantly drunk. I can still remember asking myself if I should even be saying whatever I'm saying. That's almost always forgotten once somebody brings another round of drinks.

Of course, not everyone gets talkative once they've started drinking.
Just be careful what you say.

I saved this into a draft and there it has stayed until the end of my holidays.
So, while I would like to claim all I've written down is sound advice, it is advice written by a girl significantly drunk on Korean rice wine and beer.

Still, I hope that this has been useful! 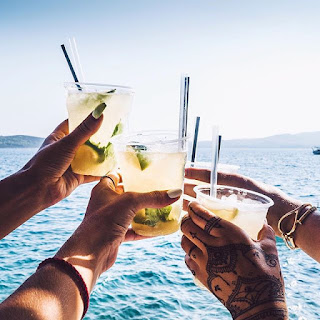