We Had a Cult in Our School 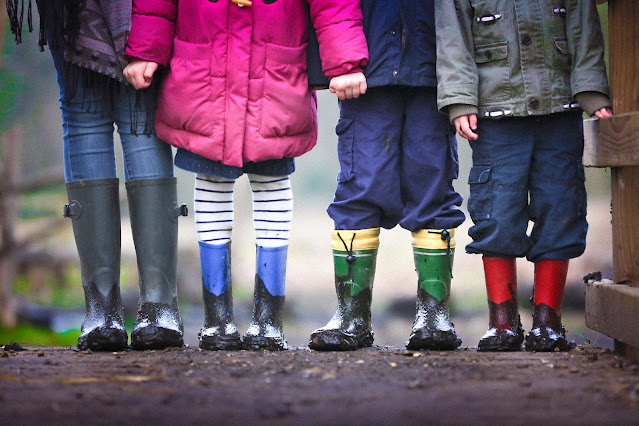 If any first-hand witnesses are reading this, don't hate me. It's a good story.

If you don't already know, kids can be super creepy.
I want to preface this story by saying that we were in primary school. About 9-10 years old okay. I don't think the girls in my class knew what they were doing but thinking about it now as an adult, it was really really weird.
*

I went to an all-girls primary school. Our classrooms had a little nook at the back with a small bookshelf filled with all kinds of reading material. Mostly used books that were donated to the school. Our whole classroom floor was just cement. Like shiny smooth cement and the reading area was defined by an old carpet where the kids can sit and read.
I don't remember exactly how it happened but during recess, some girls started hanging out there. It was typical you know, kids make their own cliques too. I didn't think much about it as the same group of girls often ate together, played together, and just did everything together.
Then I started noticing their group growing and they were all sitting together at the back of the class in a circle say for one empty spot next to their "group leader". They had this empty spot reserved every time they gathered.
Weird right?
I had my own group of friends and never really talked to them outside of the classroom but one recess I decided to join them and ask them what they were doing. I don't know why.... Maybe my friends were busy or I was just curious? So, during this group gathering, there was that same empty space in their circle reserved for somebody and I thought to myself, I'll just sit there. Then we can make more room for whoever is going to show up. By this time their group had grown into about 12 girls. It was a large group for sure.
As I approached them, they were seated in a circle, eyes closed as if meditating (at the time I didn't even know what meditation was so I thought they were praying). They were silent and I just sat down in the empty seat and asked what they were doing. Their leader opened her eyes, saw where I was seated, and screamed, "NO!". Then everyone else joined in to tell me I couldn't sit there.
I was so confused and embarrassed.
What did I do that was so bad? Interrupt their praying? All I did was sit down???
So I got up and asked why I wasn't allowed to sit there. Their leader rolled her eyes and said that's for their friend. I asked who cause we all basically knew each other in this classroom. That's when she answered and I realised they were all crazy.
She said that only special people, like the ones in our group, can see their friend. Everyone else agreed.
And that "friend" was seated in the empty spot I just sat in.
I was still confused. Cause I saw no one.
I think she saw my face and decided to end whatever it is they were doing.
"Okay, they want to leave now," she said. Then they all collectively pointed at the empty spot and moved their fingers together slowly upwards into the ceiling and then "Okay, they're gone" and they got up and left for recess.
After that, I noticed they did it every time. Point a the sky and move their fingers to the spot where their "friend" sat and vice versa. Eventually, I found out their imaginary friend was a girl who had looong hair, was really pretty, and smart. All normal right? Then they included the fact that she could also fly! That's why they always pointed towards the ceiling or sky! SHE WAS FLYING AWAY.
You'd think they limit this to the classroom but no, they did this everywhere and for a very long time.
Eventually, their group split into two. I think there was some drama and some members didn't like the leadership so they decided to make a cult of their own. The 2nd smaller group would sit in the classroom but a little further away. They made their own imaginary friend who had their own unique abilities.
It was like watching one of those Netflix cult documentaries but these kids were living it in real life.
Eventually, the school year ended and everyone went home for the holidays. This was before the time of cellphones, Whatsapp, and social media. So when we went on holiday, we didn't talk or see each other until we got back to school. So when school started again next year, I found out their leader had a change of heart over the holidays. She just decided that she wasn't doing that anymore and her group disbanded. I believe the other group stopped their shenanigans too and they became friends again.
Primary school was wild.