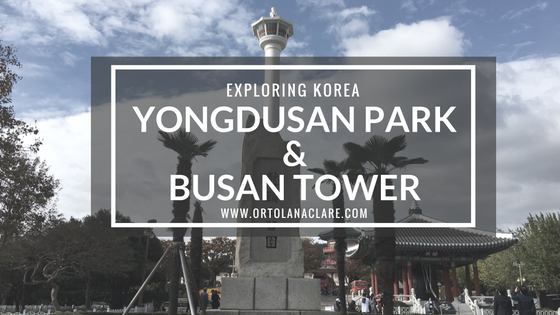 You can't leave Busan without checking out the view!

Okay. So, apparently there aren't any actual accurate directions on Google Maps when you're in Korea. I have no idea why, but I literally had to keep my maps open the whole time and watch as the little blue dot on the screen move as I moved just so that I know where I'm going.

I was so lost. I led my parents from BIFF Square towards the "entrance" of Yongdusan Park, completely unsure if it was the right way or not.

Luckily, on the way to wherever Google map was leading us, there was a sign. If you're not looking around, you won't see it. The sign will point you to a covered stairway and escalators which lead all the way up to the park. If you're tired like we were, just ride the escalators. They were a lifesaver. 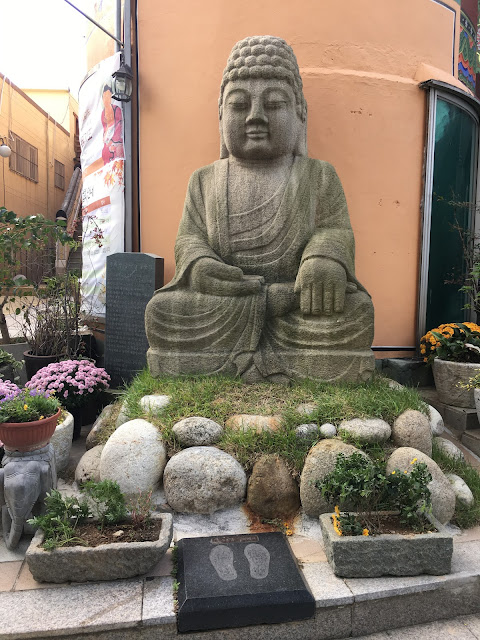 On the way up you'll pass a temple and a restaurant (?). We didn't enter any of them though. Maybe next time. 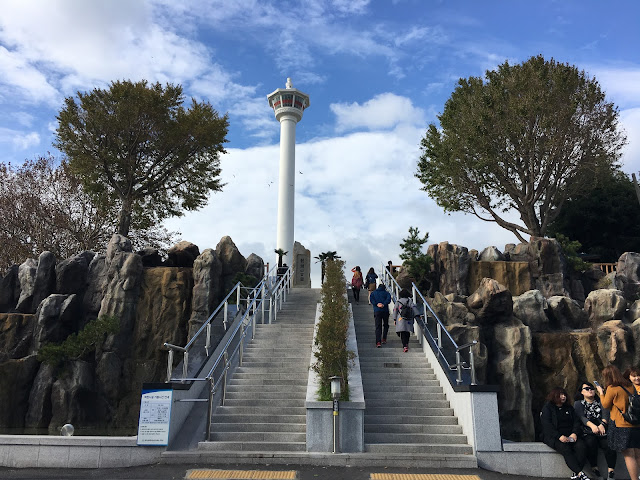 Once at the top you'll be ale to see Busan Tower! There were a bunch of little shops around but none of them were open so we didn't bother exploring them and headed right up towards the tower. 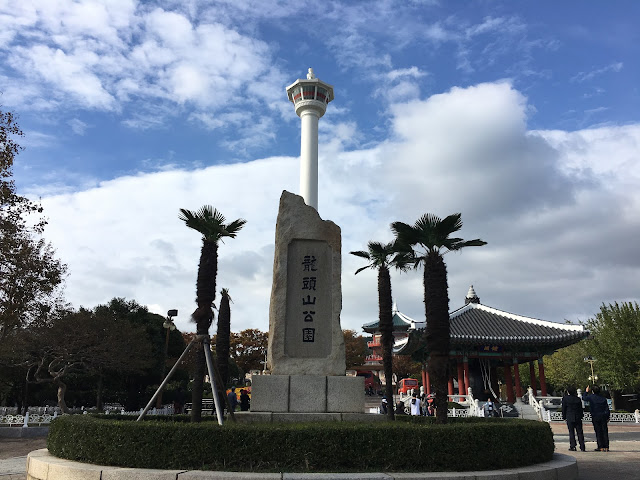 At the base of the tower you can explore and wander while taking in the view.
There was literally nothing much we could do apart from taking a lot of pictures. I'm sure that the giant bell had a lot of history behind it but I was more focused on the tower haha. ^^;; 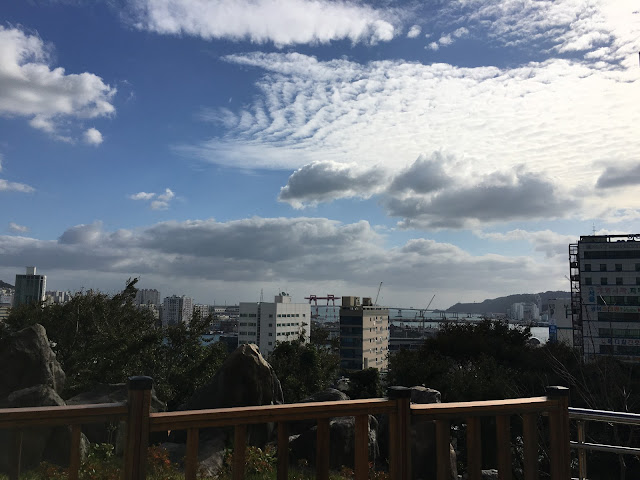 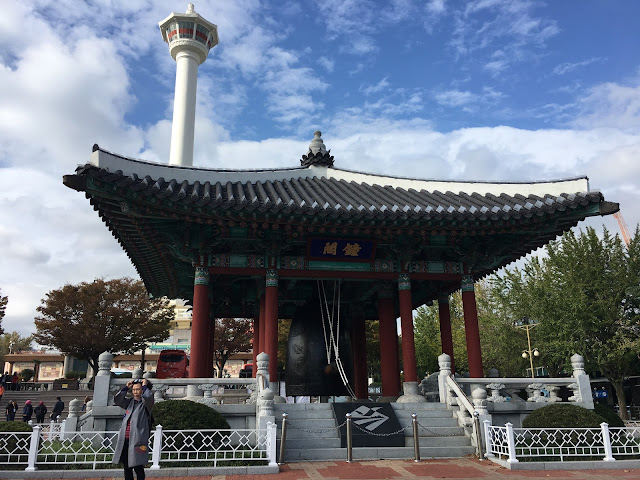 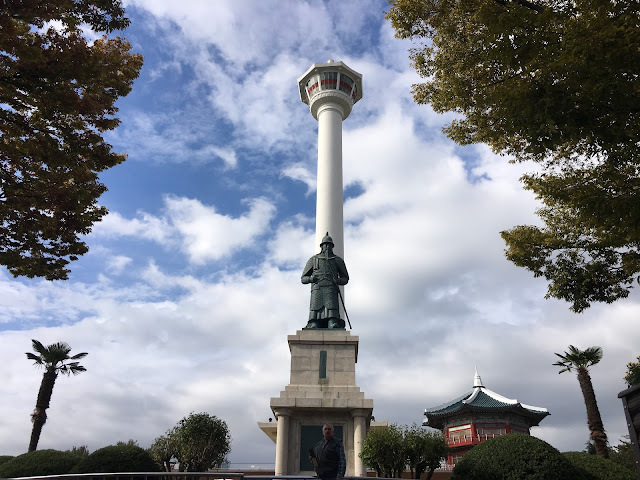 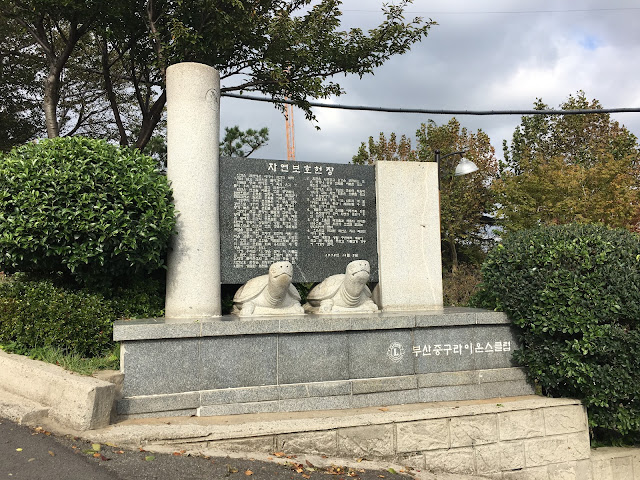 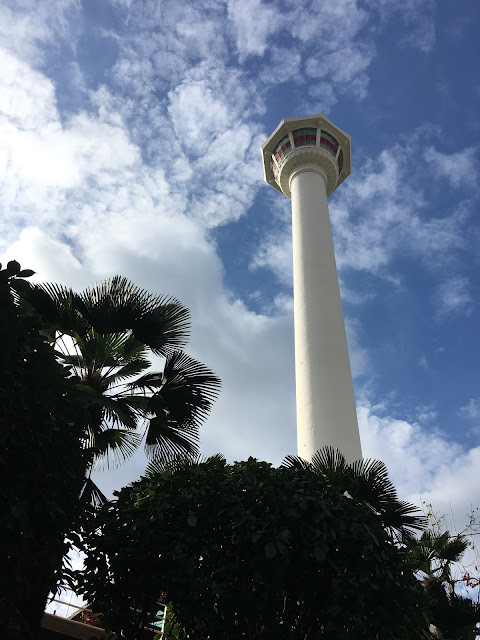 At the very base of the tower there is a little gift shop and a museum, which we did not enter. And just like Seoul Tower there are a bunch of love locks on the railings. 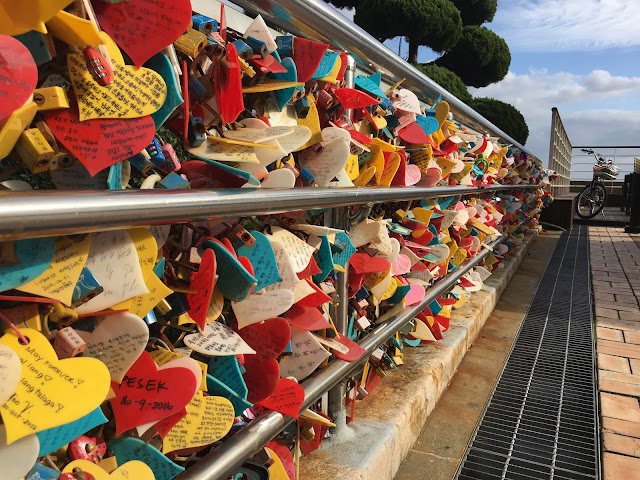 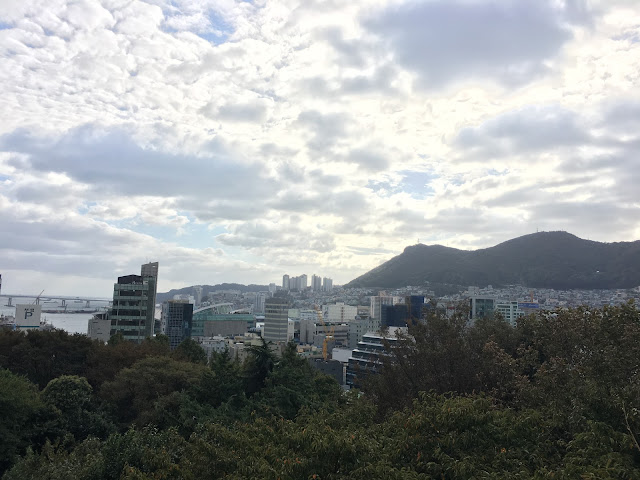 You can get your tickets to enter the observation deck to the tower at a counter outside the entrance. For the prices, scroll down to the bottom.

At this point only my mum and I went up to the observation deck. My dad was too tired so he opted to rest at the little benches at near the escalators and the giant bell. 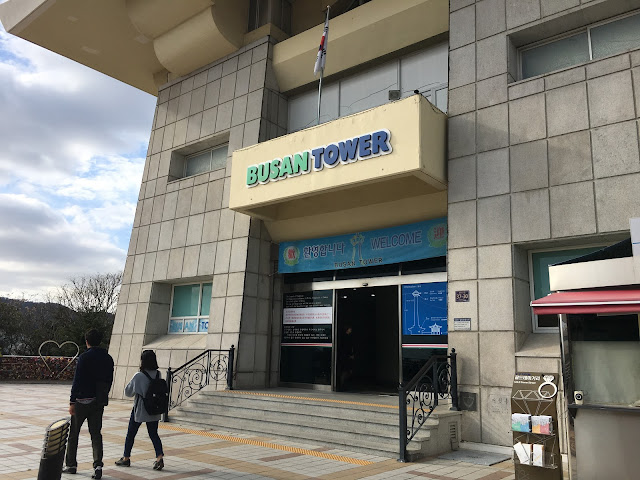 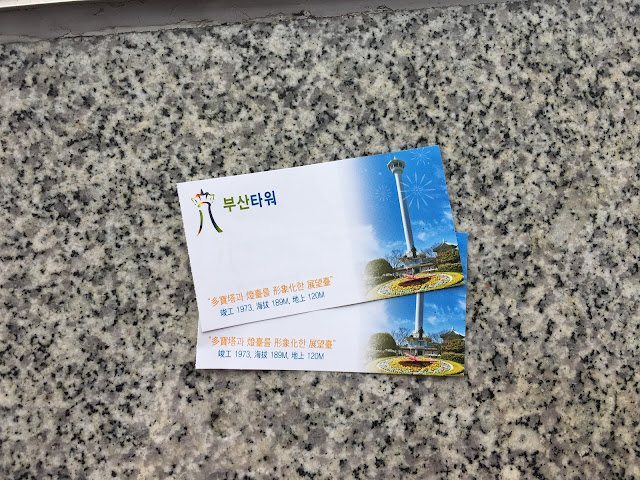 Finally, at the top we could see Busan!

We were really lucky that we visited during good weather. We had a bright and clear view of various parts of Busan. If you're all about getting a bird's eye view then this would be pretty cool.

Other than that, there isn't anything notable on the observatory. I believe there was a small 'cafe'? If you can call it that.

All you do is go up there, enjoy the view and snap some pictures. 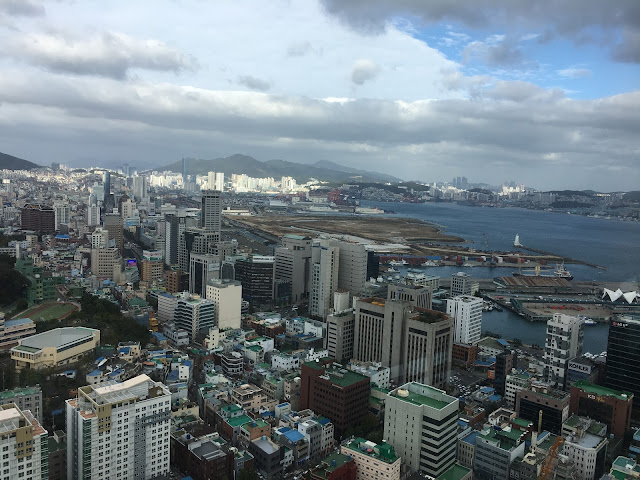 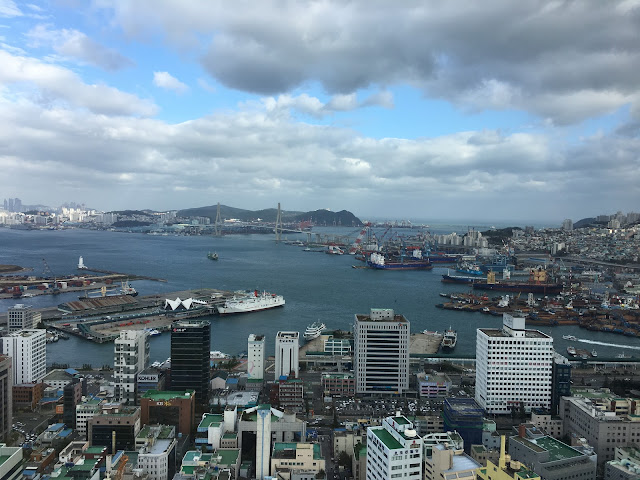 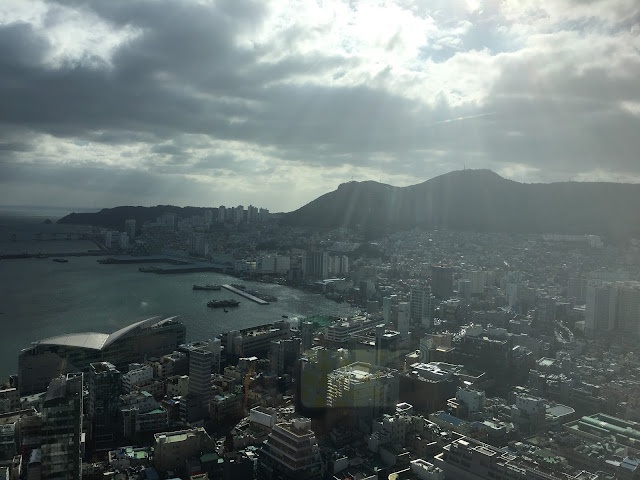 There is a second floor below the main obervation deck. Here yu can check out this cool tiled wall with little messages. You can even leave your own little message but most of it is just graffiti. 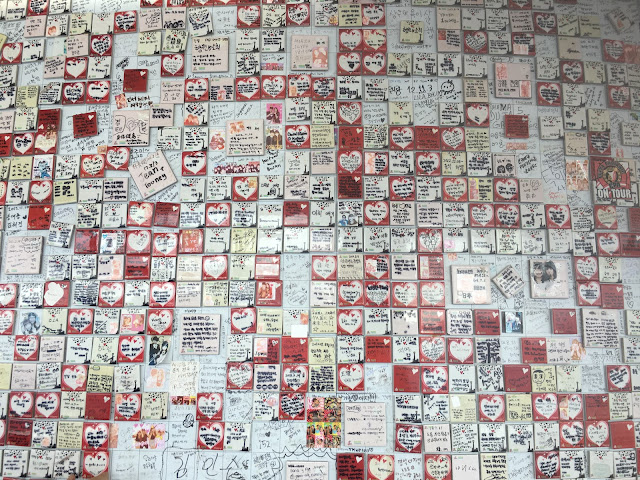 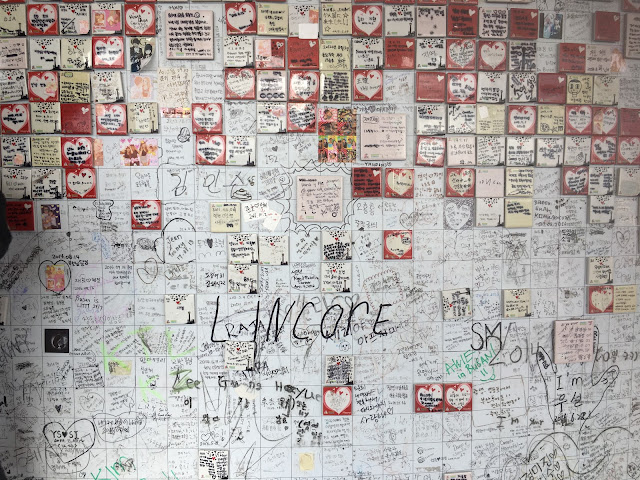 To find out more about Yongdusan Park and Busan Tower,

To check out my other posts on Korea, click here.