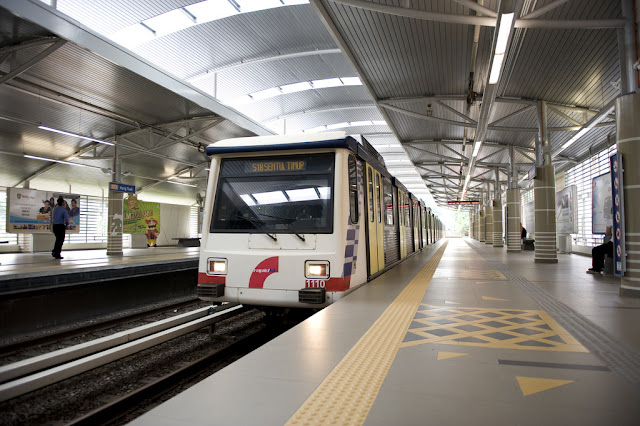 It was like any typical day and it ended like any typical day. On my way towards the train station, I realised that I didn't have my wallet in my hand like I always did, but this is not when I realised I lost my wallet. No. I knew it was safe and sound in my backpack where I put it and that was where I found it when I was going to pay for dinner.

Paid for dinner, got on the train home. I have to change trains at Hang Tuah. For some reason, it was super crowded and everyone was crowding around the areas where the train doors were going to open. Ok, I get it. Everyone wants to go home. It's Monday, you're tired and you just wanna get home.

I get on the train and everyone is trying to fit their butts in there. If you commute with public transport, you know what I mean. So they're trying to fit and someone bumps into me making me drop my wallet. Before I could get out, the doors closed. So I rode to the next station and did a U-Turn back to Hang Tuah.

The whole time all I was thinking about was that I had to go get a new IC, drivers license, I'd have to cancel my cards, I needed money.

I get to Hang Tuah and I run to the platform I was on trying to look on the tracks for my wallet. A security guard? Policeman? Anyway, the guy on duty asked me if I dropped something and I said "I dropped my wallet" and he was like "Yang warna coklat?"

I asked him if he could help me get it and he said "Tak boleh. Esok je boleh ambil." Why? Apparently they have to wait until the train stops before they can go and get it..........

At this point, I was tired, sweaty and just really thankful that my wallet is actually there and not in the hands of some random citizen. So I left them my information and went home.

And now I'm stuck here at the train station waiting for a bus that's late, with no money, blogging on a phone that is about to run out of battery. Awesome. Great.

>>Update: I'm home and my sister-in-law was kind enough to lend me money just in case things go wrong. T_T Thank you!

It's 7am and I am awake. Ready to claim my wallet! Seriously hope they remembered to take it and that it wasn't squashed by a train or anything.

>>Update: The lady at the counter was very rude...... At least ask me for my ID nicely. I wanted to be sassy (it's a wallet of course my IC and drivers license are all inside =,=), but it's morning and I really wanted my wallet back.

Luckily I had my work ID, showed her that and got my wallet back. 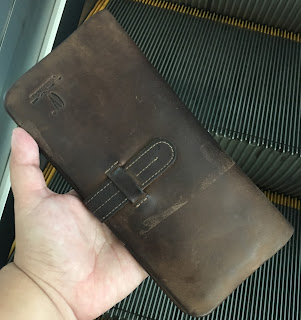 They stuck a giant piece of paper on it.... Now there are sticky parts clinging on to the leather but it's okay. My money is inside, my IC, cards and everything. So it's okay.

Moral of the story: Hold on to everything for dear life whenever you try to get on a train during peak hours cause RapidKL won't get it for you immediately.