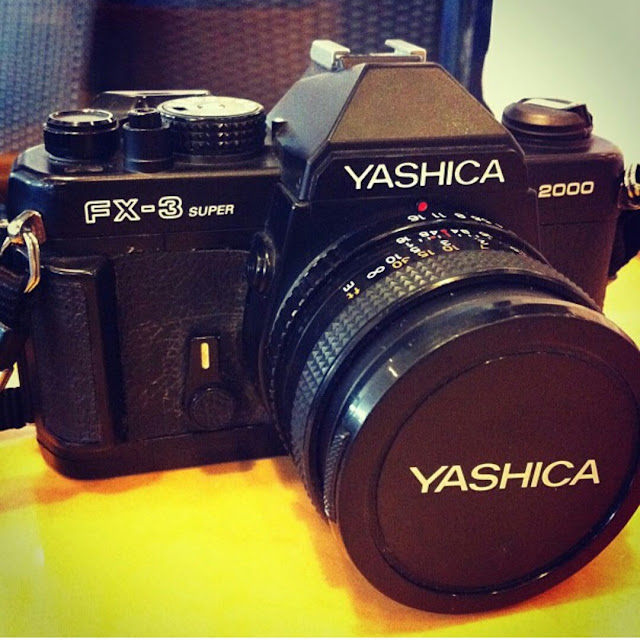 I got my first film SLR in 2012, when I was still in university. I had started shooting photos with film and had already gone through a couple of rolls with Lomography's Diana Mini before stumbling upon the Yashica FX-3.

My brother had told me about the flea market at Amcorp Mall near Taman Jaya LRT station. He said they sold a bunch of old vintage items including old film cameras. 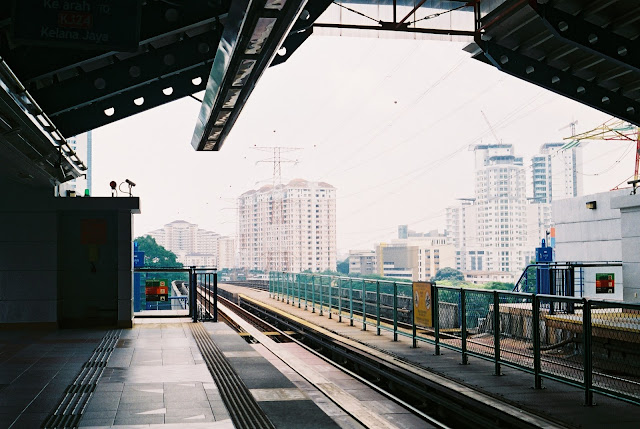 Nevertheless, I continued walking around. Hoping I would be able to find a usable film camera or two. It didn't matter what type of camera. As long as it shot film, it was good enough for me.

Sure enough, I stumbled upon a few point and shoots. But they were broken. Like many of the items being sold.

It wasn't until I was making my way back towards the escalator to leave when my eyes stopped on a table laden with cameras. Most of the cameras looked modern but there were a couple that looked like they ate film. So I proceeded cautiously towards the table. Trying to make myself look interested in the junk around it while eyeing the cameras from the corner of my eyes.

The man who owned these cameras was an Indian. He was having a lively conversation with the owner of the table of stuff beside him. A lot of the merchants seemed to know each other well so I wasn't surprised.

I began picking up the cameras to look at them. I was trying to find ones that didn't have screens on the back of them. I wasn't after vintage digitals after all. The Indian man began to talk to me, but he didn't introduce himself. I remember clearly he was talking to me about film cameras and was teaching me how to use the camera I had in my hands.

The camera was heavier than any other film camera I had used before. Not surprising of course. I used to shoot on a measly point and shoot my mom had gotten for free from Readers Digest. The latest film camera I owned was a Diana Mini by Lomography and that too didn't have the same weight as this SLR in my hands. I liked it,

I looked through the viewfinder. I liked it.

Took a test shot. I liked it.

I really liked this camera.

He showed me a zoom lens for it, but I didn't have the money for it. So I said I would be back again for it when I could.

Spoiler alert: I never saw him again no matter how many times I went back. (;__;)

He sold me the camera and I rushed to the only Starbucks on the premises, bought myself a grande Caramel Macchiato, sat my butt down in one of the many couches and loaded my new baby up with film.

If I'm not mistaken, I loaded him up with a Lomography Tungsten film, Although I can't be sure anymore. But it does account for the purplish-pink hues in the photos of my first roll. 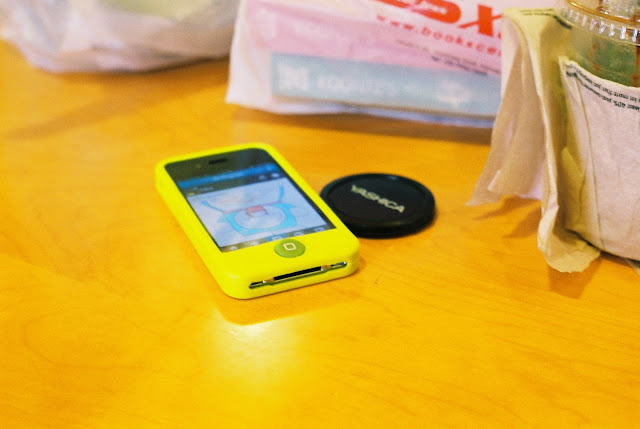 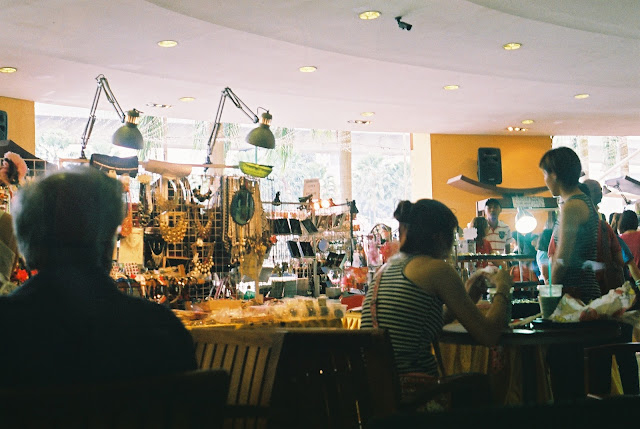 My favorite thing about this camera is the fact that it has an exposure meter built into its viewfinder. Just set your settings right, point it at whatever subject you want to shoot, focus it and adjust the aperture to get the perfect exposure every time. :)

I am sad to say that I haven't been shooting film lately. It's difficult to find a place that still develops film in this day and age. The store I used to frequent closed down a while ago and now I'm left in undeveloped film limbo. I believe I have 3 cameras still filled with film.

Looking at these pictures make me want to go back to shooting film. I might just do that sometime soon.

I also talked about my Diana Mini last week. :) You can take a look here.

To find more posts like these, check out #LomoSundays.