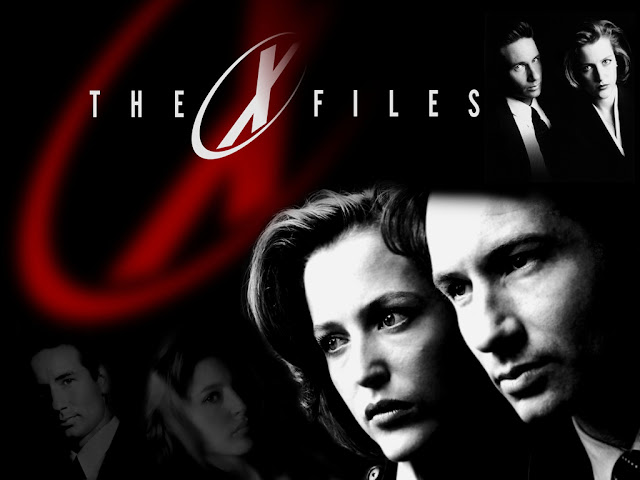 It's time for another leap back in time. Nothing screams 90s Sci-Fi to me more than the X-Files.


Okay, before I proceed. Let me just say that the X-Files terrified me as a kid. I had never watched the show however. Yes. NEVER.

I had never managed to get past the creepy intro. Remember that creepy freakin' intro? I do.


That screaming guy is burned into my mind. Even before I started watching the show, my mind was already replaying that agonized face over and over again while that creepy song echoed in the background.

Now? I whistle along with it. However, I still can't watch that intro. Nope. Noping out of that. Still creepy.

The first season of this show aired in 1994. I was 2 years old then. No wonder I was so creeped out by the show. 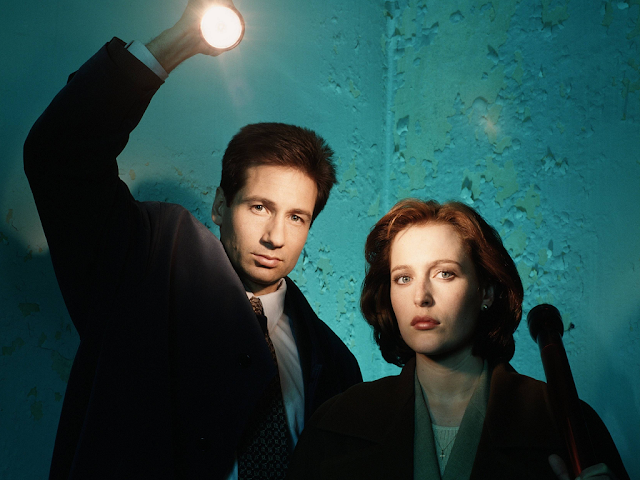 The X-Files revolves around Agent Mulder and Scully of the FBI. They work together to solve the puzzling cases in the X-Files. Their cases involve a number of creepy, gross and terrifying stories. Sure the show focuses around little green men, but there are plenty of other stories to keep the whole thing interesting. From mutated parasitic monsters in the sewers to unearthing government conspiracies.

Agent Mulder is a strong believer in the paranormal and readily accepts anything that involves aliens (I've only made it to Season 2 so far, if his perspective changes then I haven't found out yet). This is probably because his little sister was abducted by aliens when he was younger.

Agent Scully is more of a skeptic. She bases all her beliefs and observations in science and likes to find ways to explain all the strange and impossible things she encounters. Despite being abducted herself for a time, she still manages to keep her "I need proof" mindset.

One thing I noticed while watching this series is how much these two resemble another pair I love so much.

Sam and Dean from Supernatural. Here they are in their suits pretending to be FBI agents. 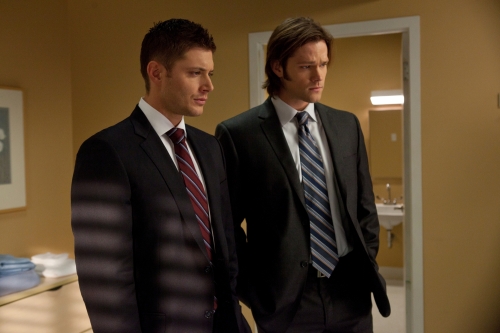 Heck, they even had a conversation referencing the X-Files.

Moving on before I get too distracted.

I enjoy the X-Files because it explores and investigates the paranormal and supernatural. From ghosts to aliens, to sentient computers to mutated parasites Mulder and Scully are out to find evidence or debunk it.

Now I love stuff like this, but there are some episodes that really creep me out because they can be quite plausible. Unlike the more fantasy-laden world of Supernatural, the X-Files focuses on the possibilities that such impossible things do exist and the possibilities that a higher power is keeping this information from us. *X-Files theme starts playing in the background*

Nothing like conspiracy theories to get the neurons firing and the doors and windows locked at night. Right? XD

I recommend this show to anyone who enjoys stories filled with aliens, mutants, conspiracies and red-headed enigmatic women. Also, if you enjoy old TV shows from the 90s like these, you'd definitely enjoy the X-Files.

Fox has recently brought the X-Files back to life. I don't know how they managed to convince David Duchovny and Gillian Anderson to take up their badges and play alien hunters again, but I'm not complaining.

I mean look at them. 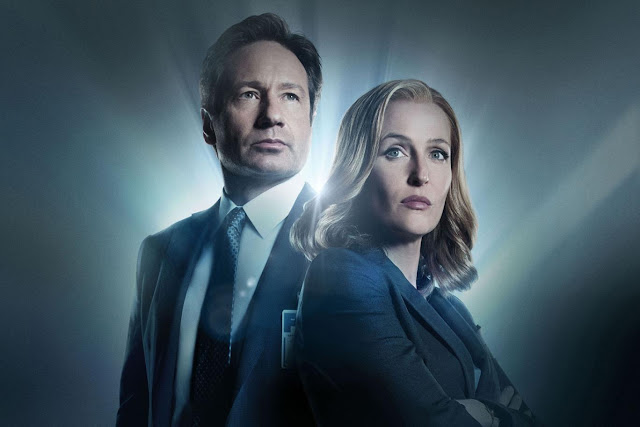