Sunrise at Chew Jetty in Penang 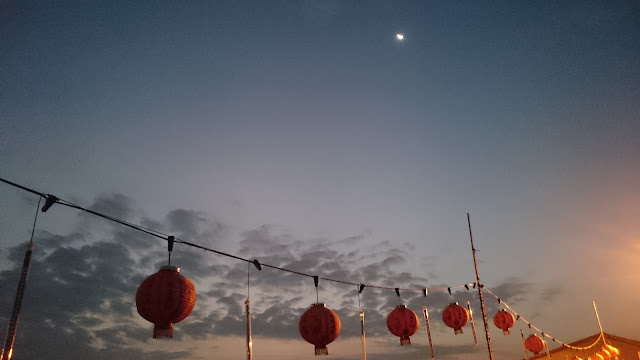 What could be a better way to start a weekend trip in Penang than watching the sunrise with a bunch of cool people?

Nothing is better! ┻━┻ ︵ヽ(`Д´)ﾉ︵﻿ ┻━┻

We arrived at around 5am in Penang on Saturday. We had left KL around 12am the previous night after stuffing ourselves with A&W. The first thing on our agenda? Watching the sunrise at one of the many jetties in Penang.

Although groggy and a little hungry from our drive, we managed to pull ourselves together to find a jetty nearby. After driving around like lost puppies for a while, we finally found Chew Jetty just in time to watch the sunrise. Thank you for existing Google Maps. You were our savior. 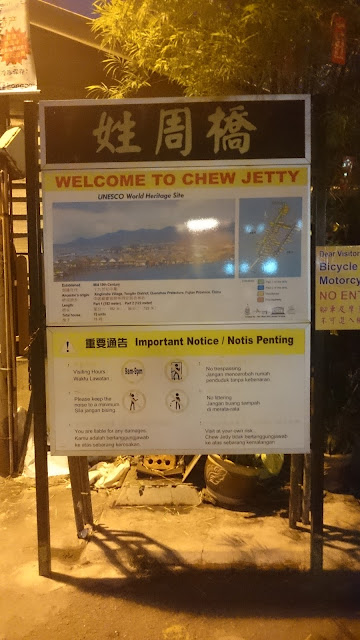 The jetty is hidden behind a few buildings, making it a little confusing if you don't know your way around. It felt like I was trespassing the whole time we were walking through the little gravel roads in between the old vine-covered houses.

Chew Jetty's entrance is marked by the sign above and a small building, which I believe is a temple. It's quite hard to miss.

It was around 6am and all the little stores in the jetty were still closed. We swiftly passed them all and headed towards the end of the jetty. Sometimes a sleepy local or two would open up their doors or head out of their homes to go to work.

Eventually, we came to a small opening somewhere in the centre of the jetty and snapped some pictures. 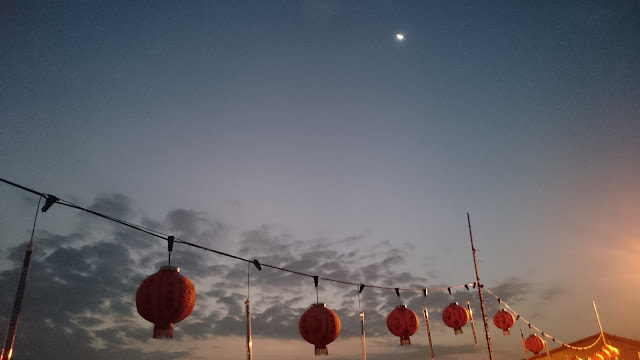 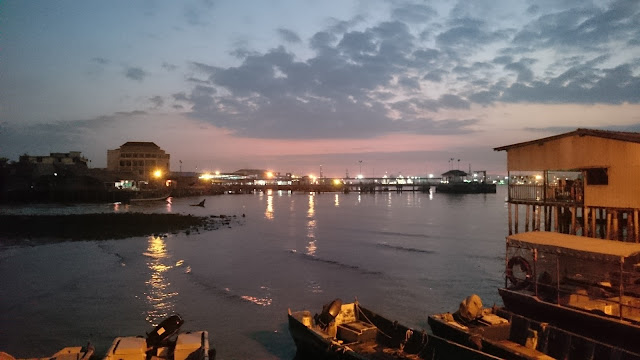 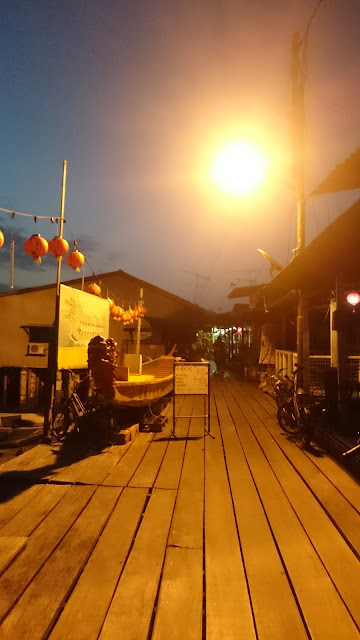 Moving on, we then finally made our way towards the end of the jetty. There were 10 of us. Despite our numbers, we still managed to snap our photos without causing too much of a ruckus. That didn't keep a resident from coming up to us and telling us to leave.

Visiting hours begin from 9am, which is why she didn't appreciate us being there.

Nevertheless, we still managed to enjoy our 5 minutes at the end of Chew Jetty. 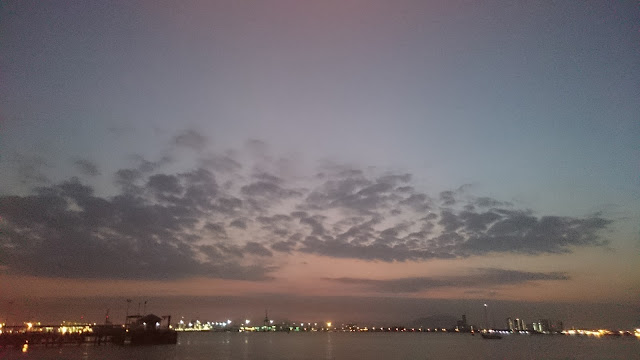 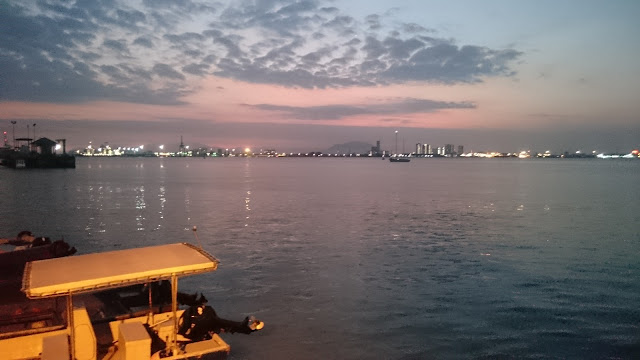 We hung around the jetty for a while despite being told off earlier. Soon, the sky lightened and we made our way back to the car to nap a bit and wait for the other shops to open. 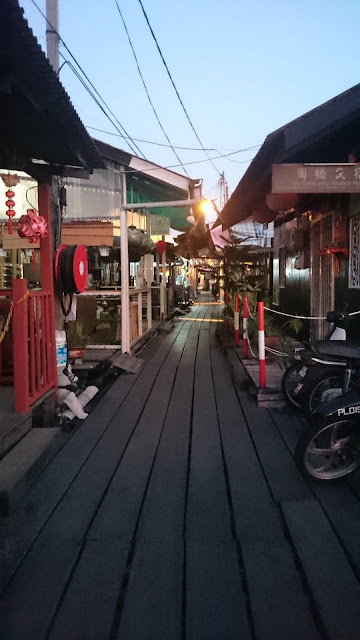 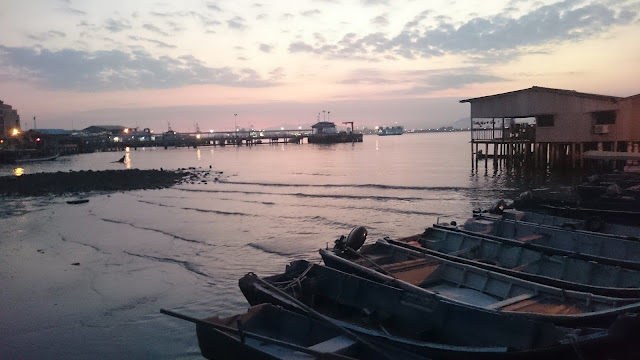 Chew Jetty is actually the largest among the other waterfront jetties in Penang. And like many other parts of Penang, this jetty has managed to withstand the test of time and development. Strolling down the wooden passageways made me feel like I was travelling back in time. 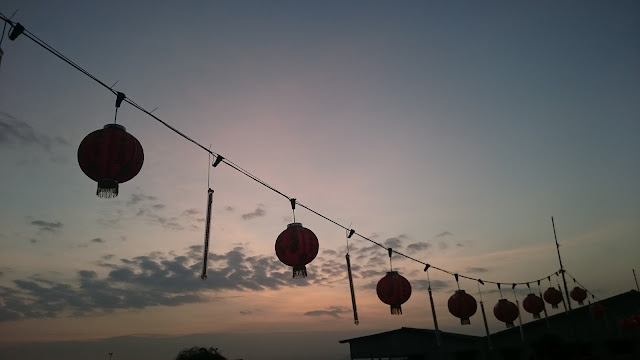 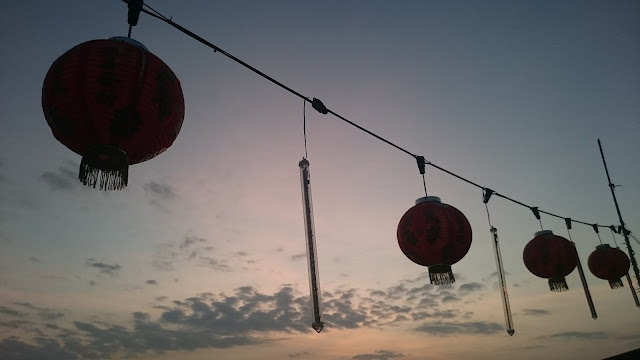 I wish I could've visited the jetty when all the shops were open. We could have sat down to enjoy the local durian ice cream and speak to the locals. I would definitely come back to Chew Jetty again one day, but I might visit another jetty to watch the sunrise.

➤ Top 10 Things To Do Near Chew Jetty in Penang