Looking for things to do during the school holidays with your kids? Take a trip to the beach for some fun in the sun!


Apparently, it's the school holidays. I had no idea. No, seriously. I didn't have any idea. Although it does explain why my brother is here for the whole week. Nathaniel needs to be looked after while Sabrina works.

I wish I could go back to those days when we had semester breaks. Now? You have to apply for leave and pray to the holiday Gods that your boss approves it.

Anyway, since my brother is here and my nephew is on holiday, we decided to take a trip to the beach. At first, we didn't want to go to Pantai Cahaya. We had our sights set on Morib Beach. My brother thought a trip to a different beach would be fun.

Morib beach is dirty, smelly and just unappealing. So we turned the other way towards Port Dickson where the beaches were cleaner and readily accessible.

It took us 2 and a half hours to reach Pantai Cahaya. By the time we arrived, it was noon and we were starving. 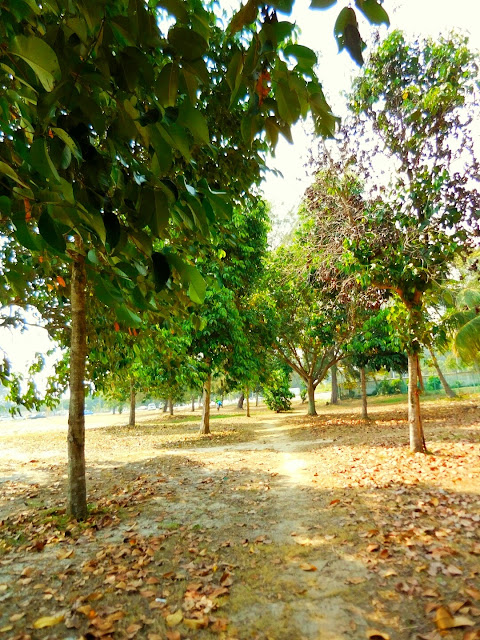 When you park, you have to walk down a path towards the beach. Even though it was sunny and hot, the shady trees planted around the path made it an easier walk.

We set up under the shade of a large tree closest to the path. The ground was littered with leaves and branches, but we sat down on our makeshift mats (they were sarongs) and ate our KFC lunch. 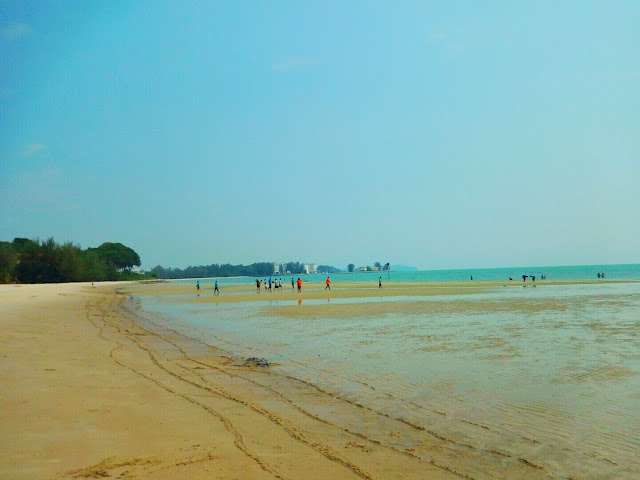 There were already a number of people there but it wasn't crowded. Some were taking a dip in the sea while others were playing soccer in the sand.

Keep in mind that it was noon. There was a small barrier of dry sand that separated us and the sea. This dry sand had been baking in the hot sun for a while now and walking on it felt like walking on hot coal. I swear I burnt my feet trying to walk, hop, skip and jump my way across this barrier before getting to the cooler, wet sand by the sea. 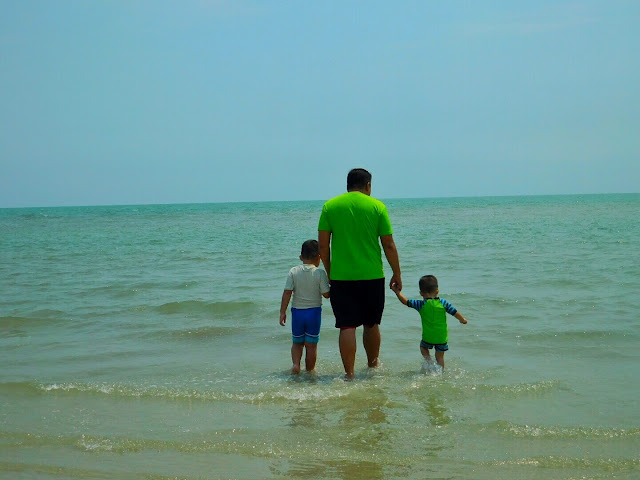 My brother headed out with Nate and Zac first while Sabrina took care of our stuff. I tagged along as a photographer. Haha

This was the first time Zac has seen the sea and the beach. So he was extra excited when he went into the water. Nate was already a pro. 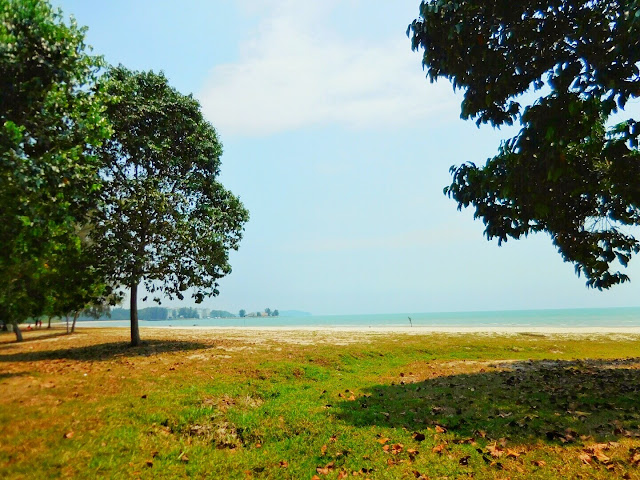 After some time in the water,  I returned to our spot and switched with Sabrina so she had a chance to join my brother and the kids. While sitting, I managed to snap some other pictures. 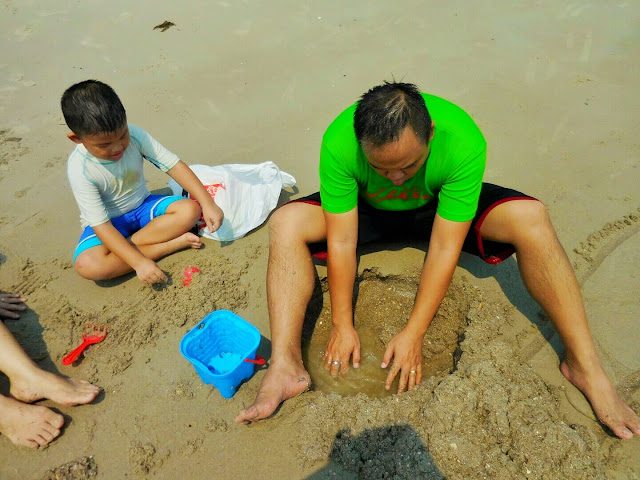 A little while later I joined them while they were playing in the sand. Keep in mind this wasn't the burning hot sand. I expected to see the kids having tons of fun but was surprised to see the adults enjoying themselves too. haha

My brother was digging himself a hole while my sister-in-law built a sandcastle. She was pretty good too. 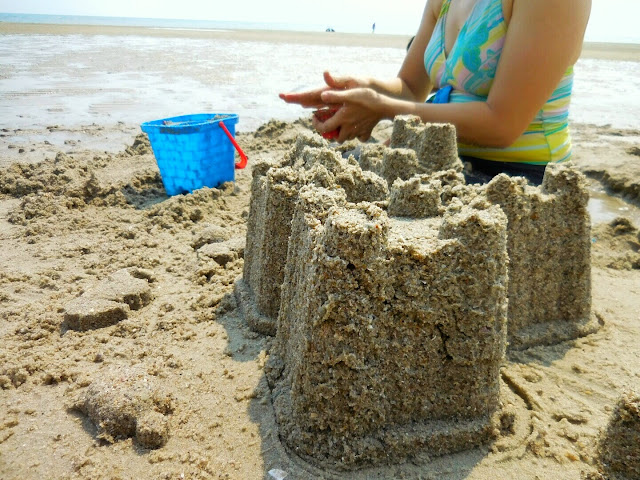 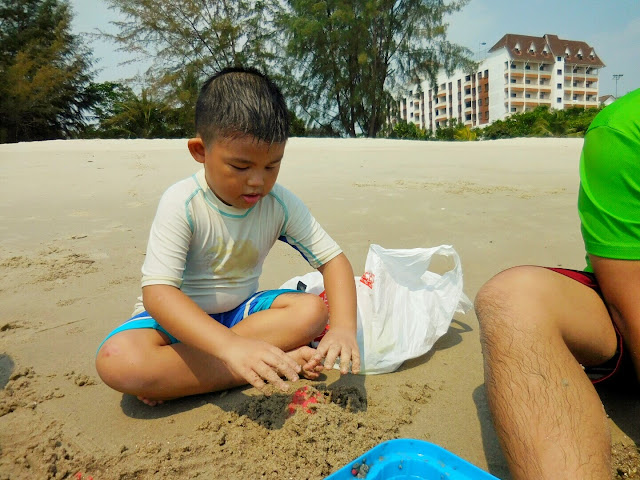 The best thing about the beach is that you can have fun while your kids have fun too. 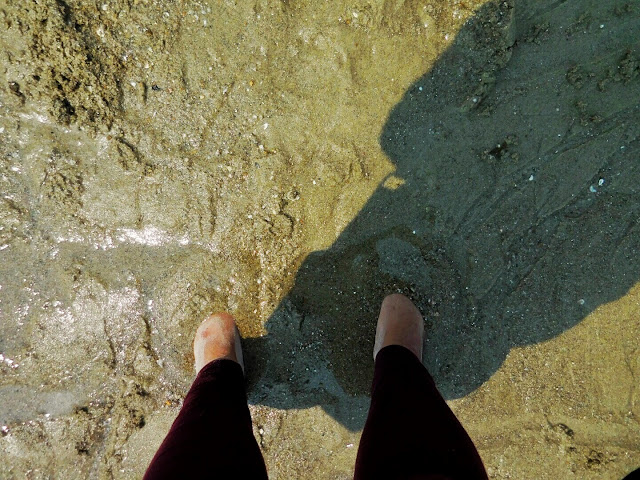 While everybody was having fun, I was melting. Literally melting in the sun. I had put on sunblock -TWICE. But I could still feel the sun slowly cooking my skin into a darker tan color. haha

At least the kids were having fun. 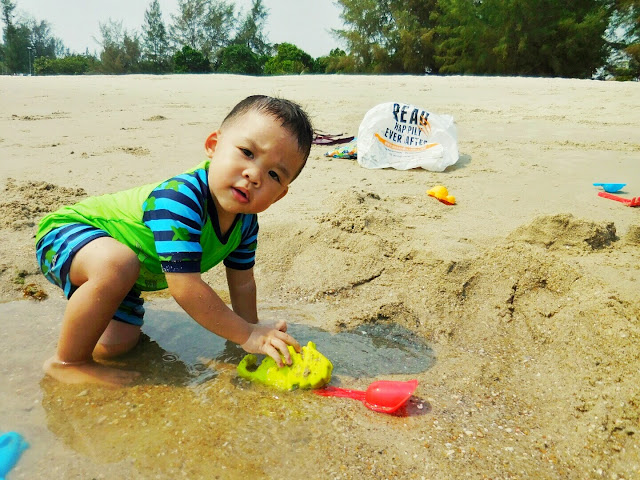 I couldn't capture it very well but the adults were having a sandcastle building competition. I think Sabrina won. ∩(︶▽︶)∩

In the end, baby-zilla decided to wreak havoc and destroy everything. Laughing while he was doing it too. XDD 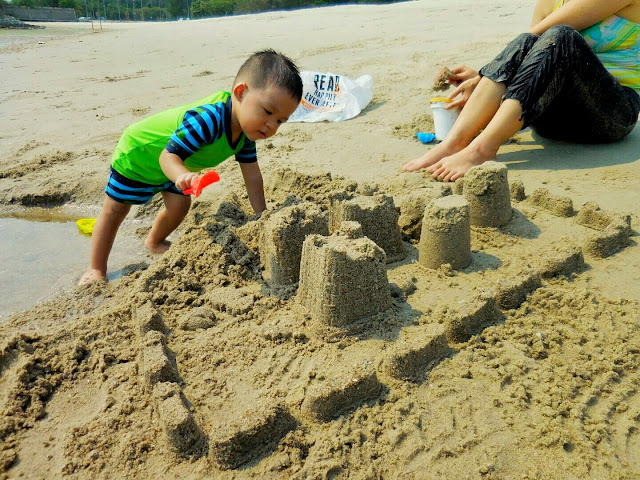 Pantai Cahaya is quite a large beach with a nice view, clean beaches and shady trees. It's a great place to spend time with your family while getting a tan (or a sunburn).（⌒▽⌒）

The beach also has toilet facilities nearby the parking area as well as paved areas where you can rollerblade or cycle. The toilets are equipped with showers as well, so you can wash yourselves off if you took a dip. 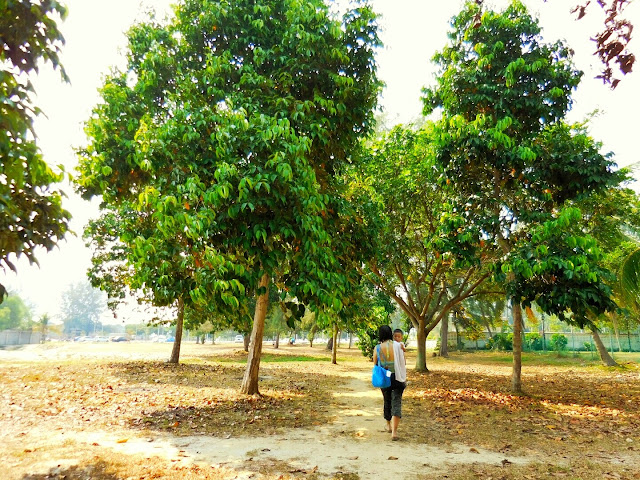 Other beaches to check out near Port Dickson:

➤ Reviews of the Best Beaches in Port Dickson