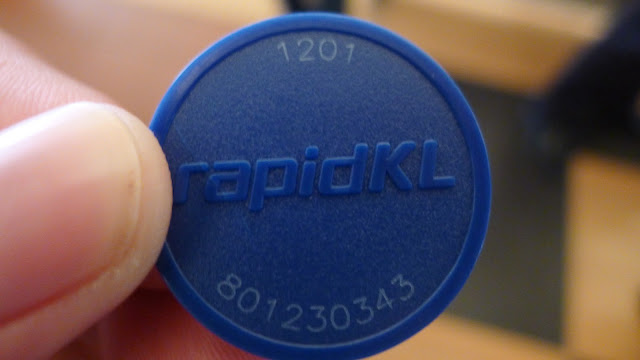 While a typical commute is uneventful, there are times when I question the sanity of the people working at My RapidKL.


My RapidKL is one of the main companies for public transport in Malaysia. I, like so many Malaysians, have to take at least one of their transport services to and from work every day.

If you've ever taken any form of public transport in Malaysia, then you'd know how temperamental these services are. Sometimes they're great, heck even amazing! Other times, you just want to run across the tracks to spite everyone.

Here are just some of the things I've experienced the past year as a My RapidKL commuter. 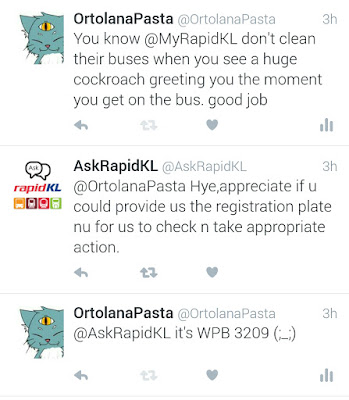 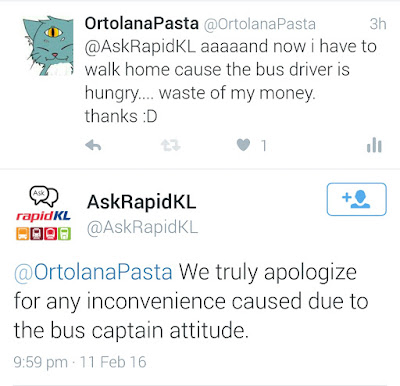 Let me just say that this isn't the first time I have communicated with RapidKL on Twitter. Whenever I mentioned any concerns about the buses or trains, their staff would always reply me on Twitter. It was nice.

So if you have any issues, problems or concerns about their services, try and send them a line at @AskRapidKL on Twitter. 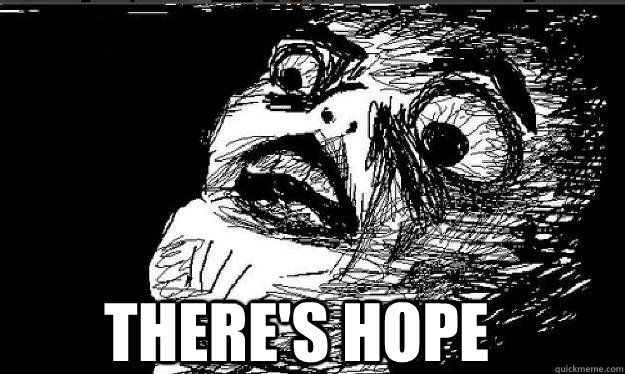 Do you have any bad experiences with RapidKL? Tell me about them in the comments section, I'd like to hear about them. :)

Have a nice day!