Write a Story Beginning With... 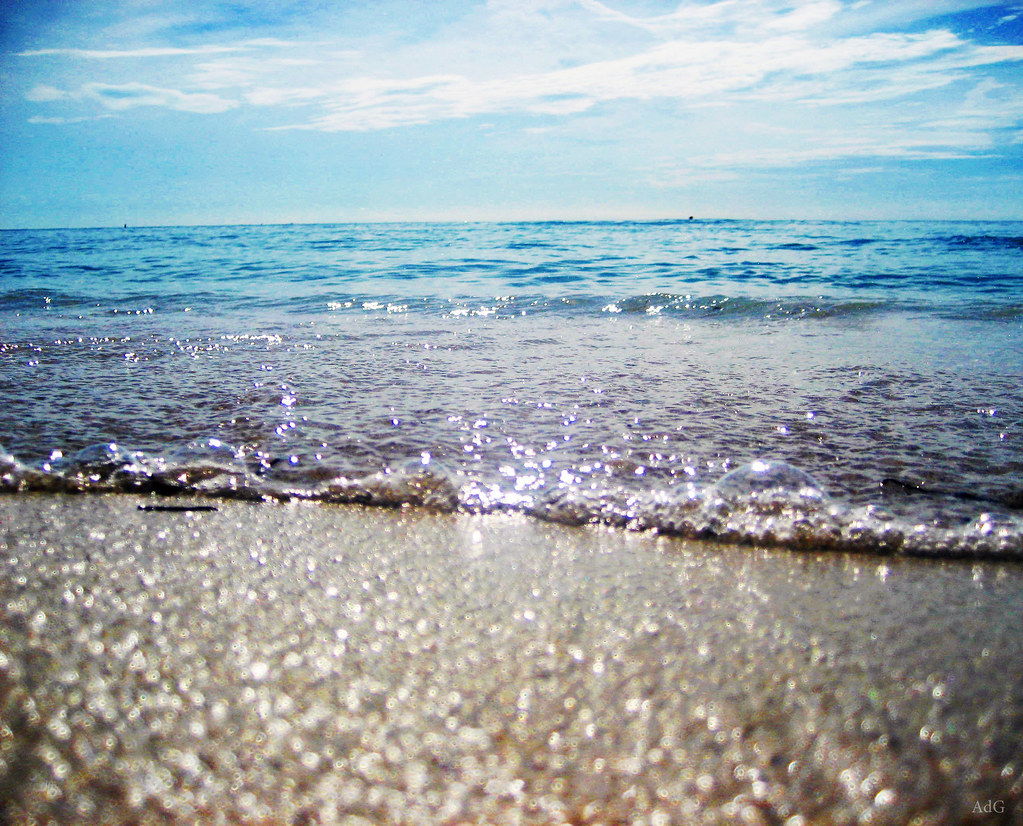 Write a story beginning with this sentence: As he was walking along the beach, he saw something glittering…

As he was walking along the beach, he saw something glittering in the sand beneath his feet. He frowned as he tried to make out what it was. Taking a step back, he probed the sand curiously with his big toe, revealing a palish blue coral. Or so he thought it was coral.

He bent down and began to move the sand with his hands. The coral was halfway out now and its colour glittered brightly in the sun. Stopping, he ran a finger on the surface of the coral, it was smooth. With a flourish he pulled the coral out of the sand.

He was amazed by what he saw. It was a key. A strange key. He looked at the sand and examined the hole where the key used to be. It looked solid, at least, more solid than what sand should look like.

Inside him his curiosity peaked. Of course, being an archeologist he had to have a high level of curiosity. He placed the key back into the hole and turned it. There was a soft click and then, silence.

His heart fell. Was that it?

Suddenly, the sand beneath him began to sink and he found himself sinking with it. He began to panic as his bottom half was swallowed up by the sand. He lost sight of the key and began to feel desperately for something to hold on to. A branch, rocks, something!

The sand was up to his shoulders now and still proceeded to swallow him. Was this the end? Was this how he was going to die? He closed his eyes, expecting the worst. His mind began racing as all he could hear was the silent flowing of the sand pulling him downwards.

Soon he would run out of air and he would die of suffocation. Or maybe he’d die from swallowing all that sand. Can you drown in sand? But as all these thoughts ran through his head, he felt his legs break free of the sandtrap. Soon his body, then his arms.

He fell and landed on something soft and wet. He couldn’t see. His eyes were full of sand. Squinting and blinking the tears away, he tried to examine his surroundings.

He had no clue. His eyes still stung from the sand and he could barely see. But he could make out that he was sitting at the very end of a very long tunnel, from which a bright pale blue light shne.

The tunnel he was in was tiny and cramped. He had to go down on his hands and knees just to crawl through it. It was dark all around him, but he could feel the dampness around him claw numbingly at his skin.

Shielding his eyes from the light, he peered through the hole cautiously. He didn’t want any more surprises. Instead, he let out a small gasp.

His eyes were greeted by what looked like a huge castle made of the same pale blue coral as the key he founf earlier. He stared in awe at the magnificent structure before him. It glowed with its own luminence and glittered brilliantly like someone had showered stars all over it.

He held his breath in as he got out of the tunnel and stood up. He had just made the biggest discovery in the world. Thoughts of fame and fortune filled his head but he snapped himself back to reality.

He looked up thoughtfully at the castle and frowned.

Thank you for reading this! If you didn't know, it's another essay from my high school days. I got 44/50 for this essay. :) I'm not sure how exams are nowadays, as they keep changing things, but back then there were 2 papers for English. Paper 1 was for objective questions and Paper 2 was for writing essays. Each paper is worth 50 points so you just add the two up and you get your final mark.

I loved English and I loved writing, so I always took the time to write super long creative essays for my tests. haha. Probably to the horror of my teacher. ^^;;