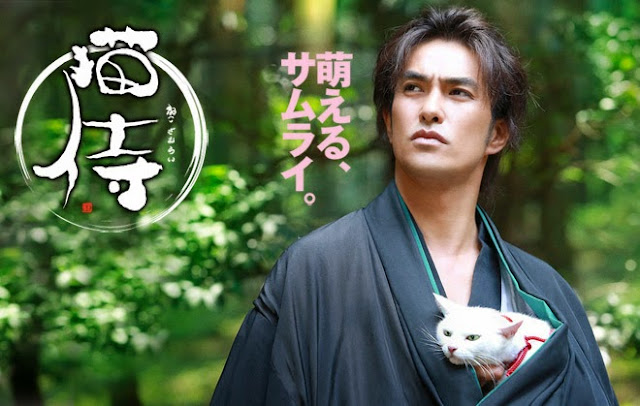 Have you ever asked yourself, "Gee, I wish I could watch a movie about a samurai and a cat." Well, wish no more because it exists. Yes. Really. This movie is real.

The first time I saw this movie was through YouTube's suggested videos. I was watching a bunch of movie trailers that day when I saw this. It seemed like a fake trailer. Something that someone somewhere cooked up while they were getting high watching anime in their bedroom. Someone with a lot of time on their hands to edit shit like this together.

Or so I thought.

Until I Googled it (as we all do).

Here's the trailer I watched. It's legit.

If that's not good enough to get you to watch the movie, then I don't even know. (┛◉Д◉)┛彡┻━┻

Now, being in Malaysia. With limited access to foreign films like this one. I naturally turned to the web for help (ahem ahem if you know what I mean) and watched this movie.

I kid you not, it wasn't even 5 minutes into the movie and I had to pause it to laugh my ass off before continuing again. I don't like missing important scenes so I usually pause my movies whenever I need a good laugh.

Everything about this movie was great. Sure, it's quite anime-like but if you're looking for a laugh on a Friday night while you chill at home (like all us lifeless people do), then this movie is a must watch.

I want to explain more about the movie, but it's very easy to reveal the whole plot and ruin it. So I will not. Just watch it.

Takeshi Watanabe is a great actor. I was expecting him to sound a little goofier (like a goofy Kenshin from Samurai X), but his stoic character and funny inner dialogues make the movie 10x more entertaining.

Some general info about the movie.

Would I watch this movie again? I'd watch it a million times and not get bored. So yes.

Would I recommend you to watch it? FUCK YES. If you like comedy, samurais and cute winking kitties then yes. Watch it!