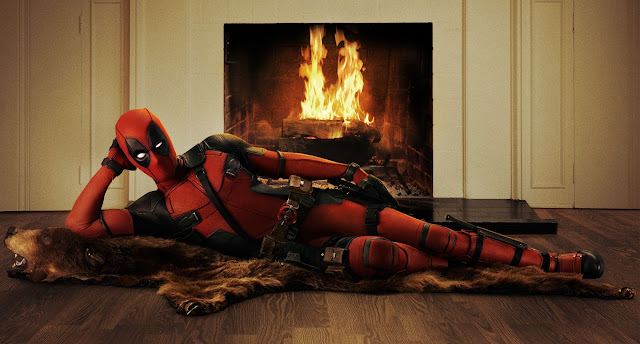 Spoiler alert: I didn't love it. But I didn't hate it either?

Now, before I start talking about the movie, let me just say that I'm a big fan of Deadpool. I love misunderstood characters who are witty, funny and downright cool. So when Hollywood decided to make a Deadpool movie, I was SO STOKED.

Okay. In the beginning, I was stoked. Then news arrived about the ratings for this movie and I was a little bummed. A PG rating is not worthy of our sharp mouthed, booty shaking merc. So then my expectations dropped. Until I learned that ratings had a very loose meaning in Hollywood so I might be able to see Wade enacting gruesome kills (I like gore.. Don't judge).


Teasers and trailers were starting to be released and my enthusiasm for this movie began to rise again. However, I have learned from experience that looking forward to something and having high expectations could ruin things for you. Like it has for me in the past *cough cough* Harry Potter Deathly Hallows. Harry should've died. But I digress. I'm here to talk about Deadpool.

If you've never heard of Deadpool before the movie and have never read his comics, then you're in for a BIG surprise.

Deadpool is NOT a superhero. He is an anti-hero, which means he actually kills people, maims people, kidnaps people and a whole bunch of other horrible things.

The Deadpool comics are gory. 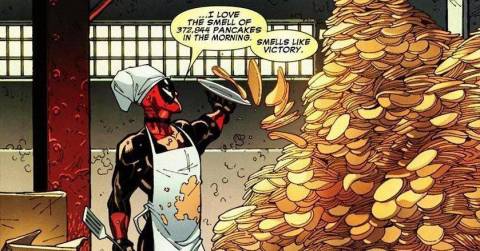 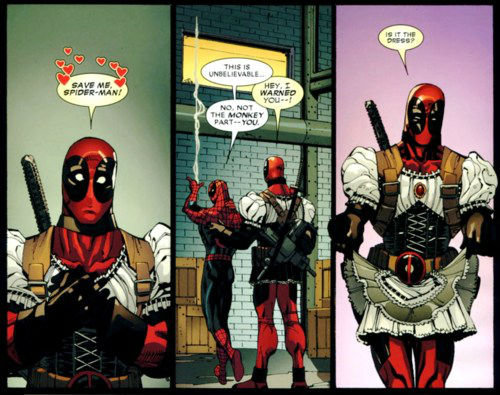 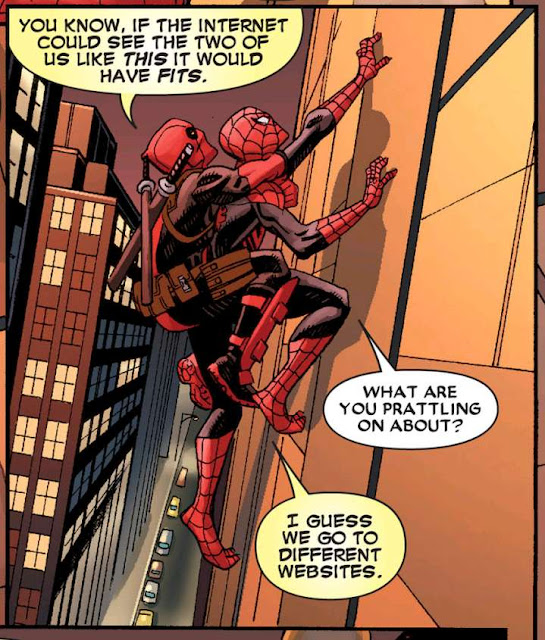 Mixed in with a little love and angst here and there.

Another thing I've noticed was that Deadpool never seemed to catch a break in the comics. I admit I haven't finished reading them but I have read some and there's always something that goes wrong. Happiness seemed unattainable.

Which brings me to the movie.

Okay, okay. I get it. It's a Valentine's movie so it's supposed to be a little bit sappy and romantic, but seriously..... IT'S DEADPOOL. WHY. WHY.

The effects were great, the dialogue (probably 80% of which was adlib because I believe in Ryan Reynolds) was great, the random breaking of the fourth wall and random Xmen were all great. Funny, funny, funny. Yes. Very funny.

However, he was missing the voice in his head (Yes, he hears voices). His dialogues with these voices are often funny, but since I guess this movie is kind of an origin story for Deadpool, he wasn't crazy enough yet to start hearing voices.

There was too much swearing? I'm all for swearing, but it can be too much to the point it stops being funny anymore and just annoying.

The ending. I won't spoil it. But the ending man. I wanted it to be a little darker? So we could see his decent into madness? I don't know how to explain it. I just wasn't all that happy about the ending.

AND let me just say this. Why could he pierce the glass of that pod with his sword, but an effing wall of concrete didn't break the glass completely and squash the contents of it? Because it's a fucking movie and movies ignore logic once in a while.

Oh and they also censored some things (like the sex scenes) in typical Malaysian fashion, but I can't be sure until I watch an uncensored version of the movie. The cut scenes didn't take away from the flow of the movie at all. :) - Edit: Yes, they edited the sex scenes out. Thanks for the snippets Tumblr.

Would I watch it again? Fuck yes, it's Deadpool.

Would I recommend you to watch it? Don't believe the hype, do some research on the character and his story and watch with an open mind.