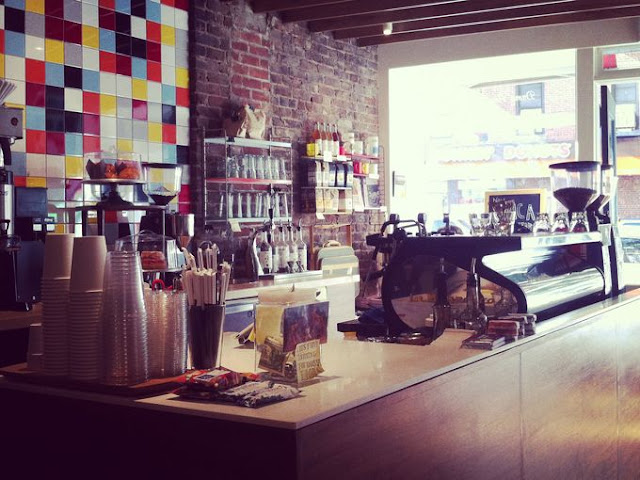 Recently, I went through Web Archive's Time Machine to check an old blog of mine. It has long been deleted but I managed to find some interesting posts on there.

The blog was from my high school days, so all I ever talked about was school life, friends and family. However, once in a while I would post my English essays from tests and exams. It was a time in my life when I LOVED to write fanfiction. So most of my characters revolved around my favorite KPOP band members (mainly TVXQ, sue me).

This essay was one of 5 choices listed in the exams and was titled 'The Happiest Day of My Life".

Yoochun glanced at a sign outside his favorite coffee shop that said “A Reward”. That’s all it said and nothing more. He frowned and scratched his head. What could the sign mean? He stared at it for a while longer, but decided to go in after he couldn’t figure out what the sign meant.

He walked to a quiet secluded area of the cafe and sat himself down comfortably. There were more signs inside the shop. All bearing the same words “A Reward” nothing more. All identically printed on plain white printing paper.

It was early, so there weren’t many customers yet. A waiter, a friend of Yoochun’s came up to take his order. He ordered his usual and asked his friend what was going on. Changmin, a boy of 18 with a warm smile and a wise look just answered. “It’s a game…”

“A game? What game?” Yoochun asked, his curiousity fully aroused.

“Jae, dropped his wedding ring into the cream this morning. Whoever finds the ring will get a reward…” Changmin explained.

Jae was the owner of the cafe. A man of 27 with a bright outlook and a peculiar taste in music. Yoochun frowned.

“The posters are a little too vague, don’t you think?” he asked.

Changmin shrugged. “He wanted it that way…”he said and left.

He returned minutes later with Yoochuns coffee. Placing down the cup and saucer carefully, he bowed and left, leaving Yoochun and his coffee alone. He was curious as what the reward would be. Knowing Jae, he would probably give away a porcelain duck or a dream catcher. Whatever it was, he was curious.

Yoochun had seen Jae’s ring a number of times, a simple silver ring with a diamond embedded in the centre. It was an ordinary wedding ring. Jae’s been happily married for 3 years now. No kids though. He wondered why.

The cafe began to fill with people. Office workers in suits and ties, teenagers just hanging out and even mothers pulling along their children. All this time Yoochun read his copy of the newspaper. Occasionally looking up at the squeal of a child or a laugh.

Everyone seemed interested in the reward as much as he was. Some people even ordered up to 5 cups of the same cream filled coffee at one time.

Yoochun took a sip of his coffee. It was almost three quarters of the way empty. He shook the glass a little to mix the contents when he heard a little tinkle. He looked down at his cup and tilted it a little. Finishing his coffee he got up and slung his backpack over his shoulder.

Heading for the door he gave a little wave to Jae behind the counter and left.

Changmin was collecting the empty cups and glasses. Like always, he walked towards Yoochuns booth to collect his cup. As he picked the saucer up, he found a sticky not stuck on the side of the cup. It read “A reward” making Changmin frown. He looked into the cup and found a silver ring resting at the bottom.